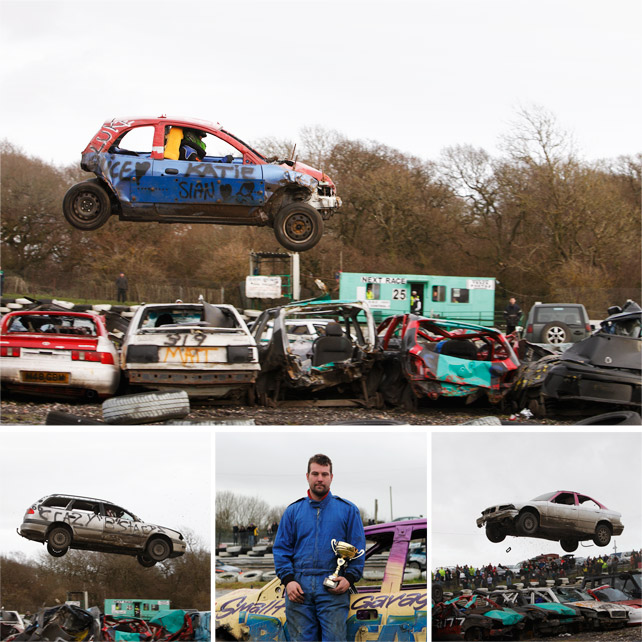 In true Hollywood-style action, banger car drivers accelerated their cars over a ramp in an attempt to fly the furthest distance over a line of nine wrecked cars at Angmering Raceway in West Sussex, England on the 30th December. One at a time, each brave driver accelerated as fast as possible from a standing start and then hit the ramp with the aim of producing a jump as high, as long, and as spectacular as possible to please the judges and hundreds of spectators who had come to watch the festive entertainment. 13 cars battled it out for the trophy which was judged on elevation, distance and the applause of the crowd. All the drivers put on a great show, (and happily there were no injuries, except perhaps the bruised pride of one who stalled his car in the run-up and had to be towed off) but it was 31-year-old John Harber from Gatwick who cleared all the cars to take the 2012 title in his first ever attempt. A natural, and movie stunt driver in the making, perhaps?