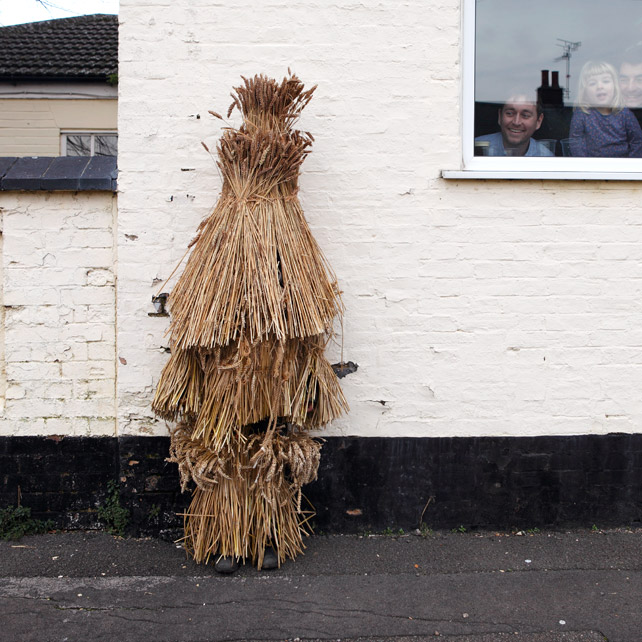 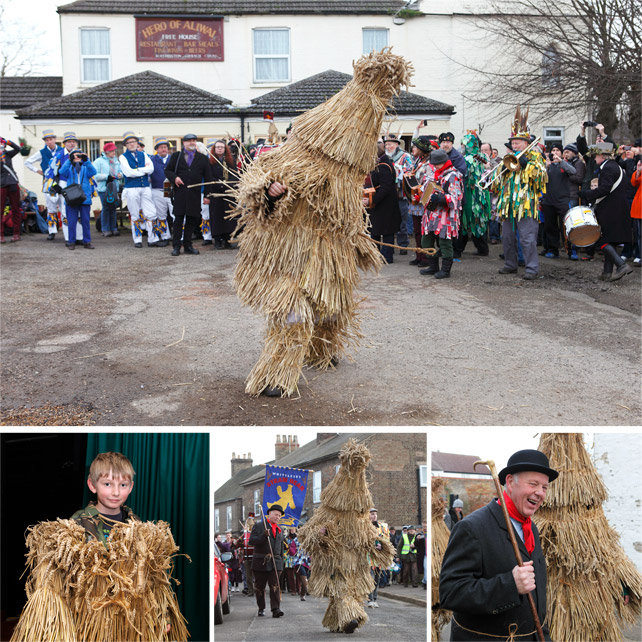 The Whittlesea Straw Bear festival took place on Saturday in an annual custom which was started in the 1800’s, forbidden in the early 1900’s, and revived in 1980 by the Whittlesea Society.
The bear, and two smaller bears parade around the town of Whittlesea near Peterborough, accompanied by his or her attendant minder, musicians and dancers. They visit most of the town’s public houses on their journey, and perform a clumsy dance in front of the audiences that have gathered at each one. Historically they would do this to to receive gifts of money, food & beer.
The straw costume adds a great deal of weight to the person wearing it, but because it’s attached to jump suit, with the head supported on a metal frame which rests on the shoulders, it does allow for it to be removed half way through the day, so that two people can share the role of ‘driving the bear’. Only 9 year old Oliver Cross, pictured here in mid-dress, played the role of one of the 2 smaller bears for the whole day.
As well as the bears and their entourage, over 250 folk dancers and musicians from all over the UK come together for the custom, performing traditional ‘Molly’, ‘Morris’, ‘Clog’ and ‘Sword’ dances, as well as street performers acting in ‘Mummers Plays’ throughout the day.
While the festivities begin earlier in the week, Saturday is the only day in which the ‘Bear’ appears before the ‘Bear Burning’ on the Sunday. This leaves the way open for a new bear to be created from the next season’s harvest.