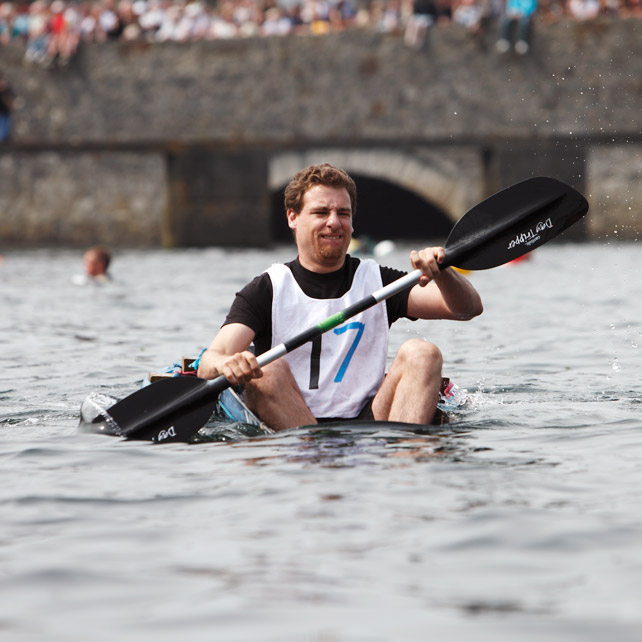 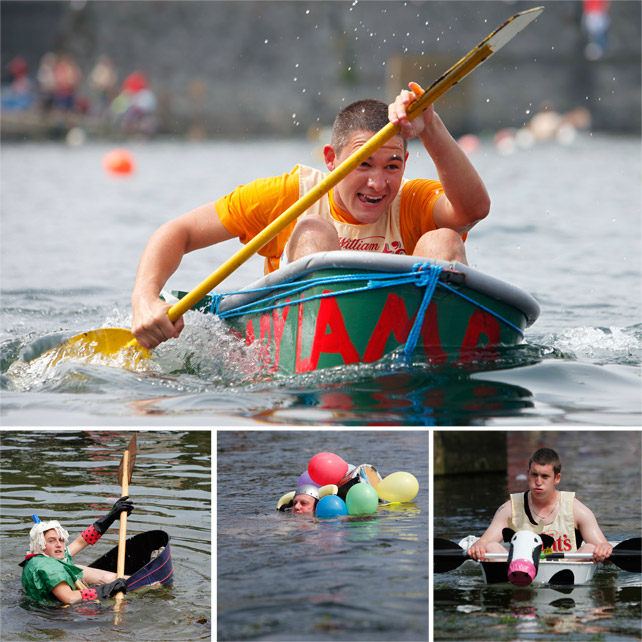 “Yup, we’re gonna go and drown.” Contrary to one of the competitors prediction of his performance on the seas, there were no drownings, but plenty of sinkings. Including the Titanic, again. Had it been named the Tintanic, that tub may well have become the Olympic class passenger vessel it was destined to be. Taking place in the Middle Harbour in Castletown on the Isle of Man on Saturday, about 130 helmsmen and women attempted to paddle the course of approx 260 meters from one end of the harbour and back. Strict rules govern bath tub construction, but basically they should […] 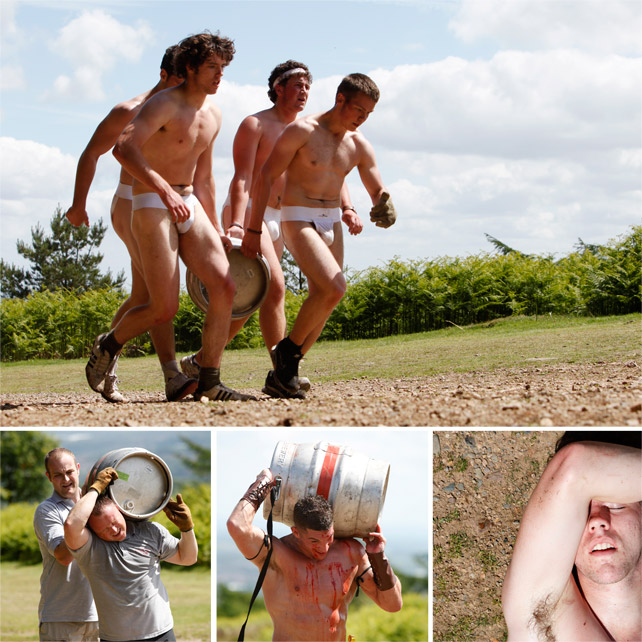 Over two centuries ago beer barrels would have been hauled up The Wrekin (a very big hill in Shropshire) to oil the rowdy wakes celebrations at the top. These days they are part of a local sporting challenge as both individuals and teams battle it out to be the fastest to the top with a full firkin. Unfortunately the race is a much less drunken affair, with ale replaced by water. Shame really, because if I’d carried a 9 gallon barrel, filled to a weight of approximately 50kg, up a vertical distance of 240m (800 feet) and a path distance […] 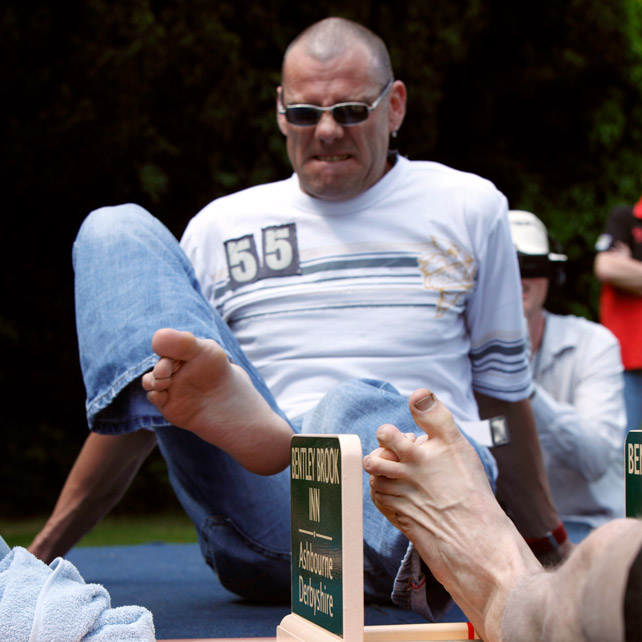 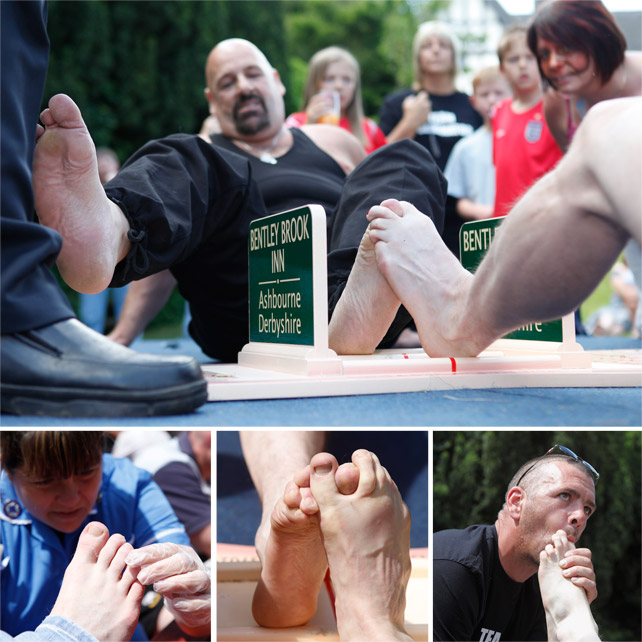 Alan ‘Nasty’ Nash, reclaimed the men’s World Toe Wrestling title on Saturday after he beat the ‘Toeminator’ who held it for the past 4 years. Despite tough competition from names such as ‘Detoenator’ and ‘Toenado’, it was the friendly rivals who made it to face each other in the final, as expected. Any chance the ‘Itoelian Stoellion’ had to improve on his 2nd place from last year went out the window when he failed the nurses foot inspection. Special mention must go to my nemesis Lisa Shenton, who just wrestled me to the post for the ladies title. Grrrr – […] 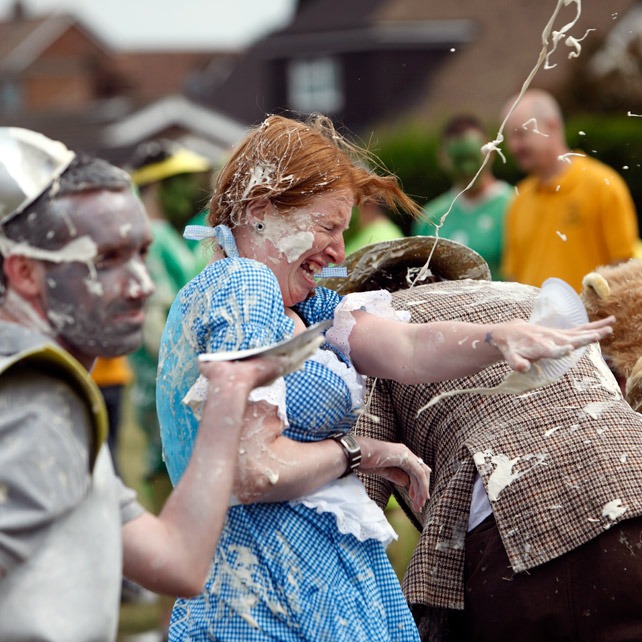 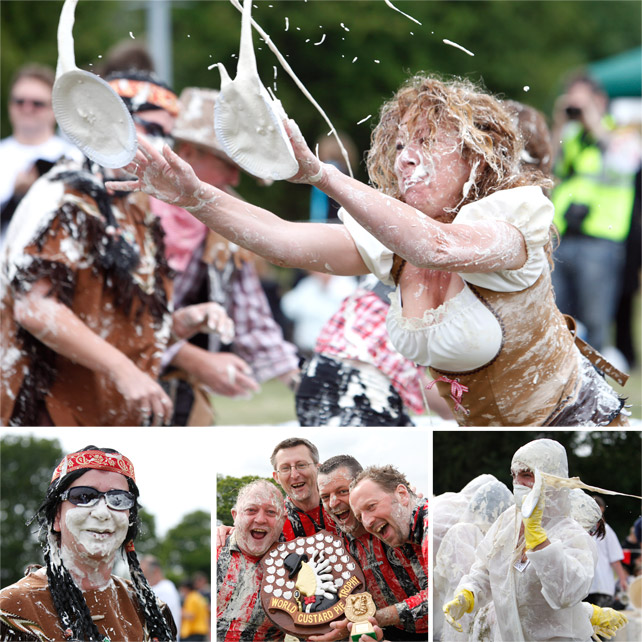 I wonder if throwing 2 pies in one go may be cheating? It was the only time I saw that tactic being adopted, but it didn’t matter much as team ‘Pie Noon’ were knocked out at Semi-final stage of The World Custard Pie Championship on Saturday. Sixteen teams from around Britain took part in the championship at Coxheath, near Maidstone. A local team called ‘Coxheath Till I Die’ flung their way to victory, to chants of “it’s coming home, it’s coming home…” in the year that not only the trophy, but the competition returned to it’s inaugural 1967 home. Rather […]