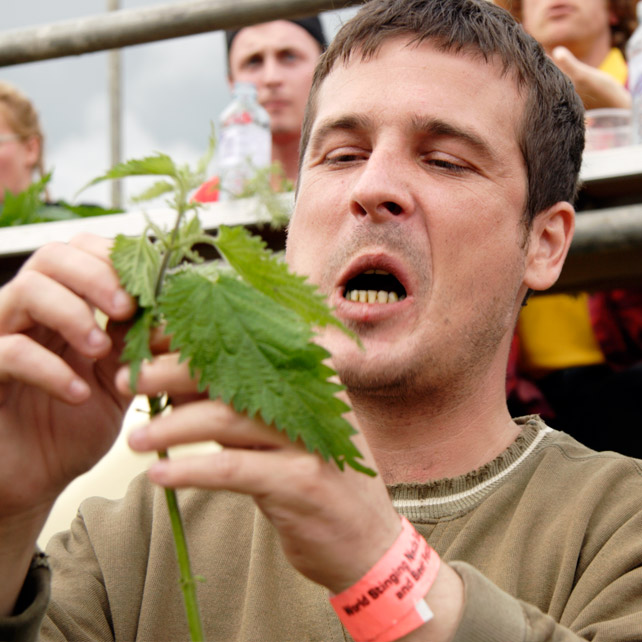 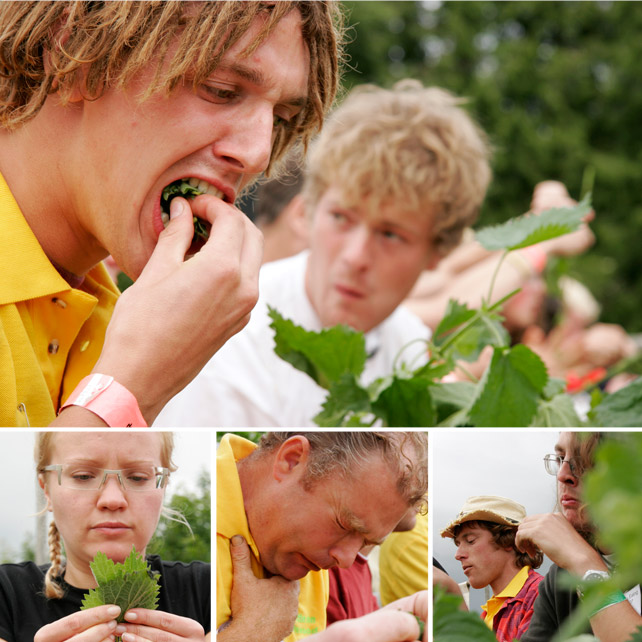 I’ve seen some pretty silly stuff by now, but entering a competition to eat as many stinging nettles as possible within an hour really takes the biscuit. Unfortunately for the contestants Hob Nobs and Rich Teas were not on the menu. It will be no surprise to learn that this event takes place at a pub, The Bottle Inn, in Marshwood, Dorset. Its origins lie in an argument between two farmers about who had the tallest nettles on his land, which led to a competition. Three years on, Alex Williams, a local man, swore that if anyone could find a […] 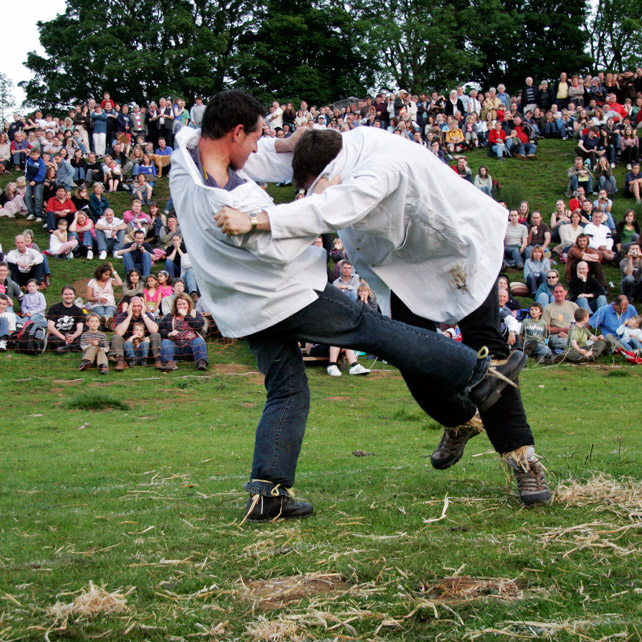 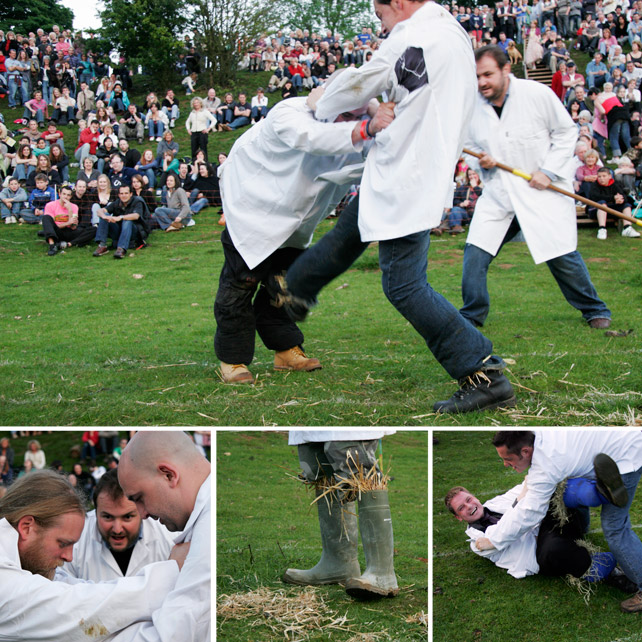 Shin-kicking is the slightly bizarre highlight of the Robert Dover’s Cotswold Olimpics (Olympics) held on the first Friday in June. Started by a local barrister Captain Robert Dover in 1612 at Dover’s Hill, above Chipping Campden, the annual event features some well known countryside games such as tug-of-war, obstacle races and a five mile run, but it’s the shin-kicking competition that draws the crowds. Contestants first fill their trouser legs with as much straw as possible to help soften the blow. Two contestants in turn then play a best of three, to hold arms and kick each other using steel […] 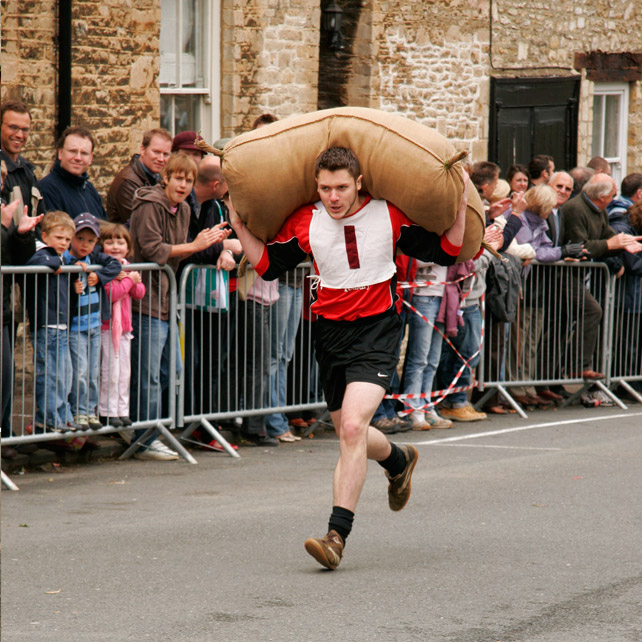 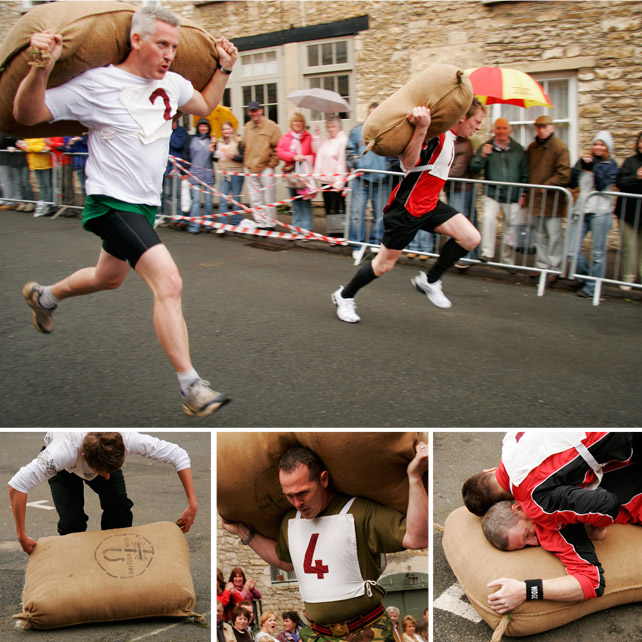 A gruelling competition run between two pubs, (what a surprise) the Tetbury wool sack race has been given world record status, and involves competitors running in pairs and fours up Gumstool Hill carrying a large sack of wool. Men carry a 60lb sack on their backs and women a 35lb sack. The gradient in parts is 1:4 so it’s heavy going for even the fittest competitor. The race dates back to the 17th century when Tetbury was a noted wool town. It’s thought the race started when local drovers – egged on by drink and wanting to impress the ladies […] 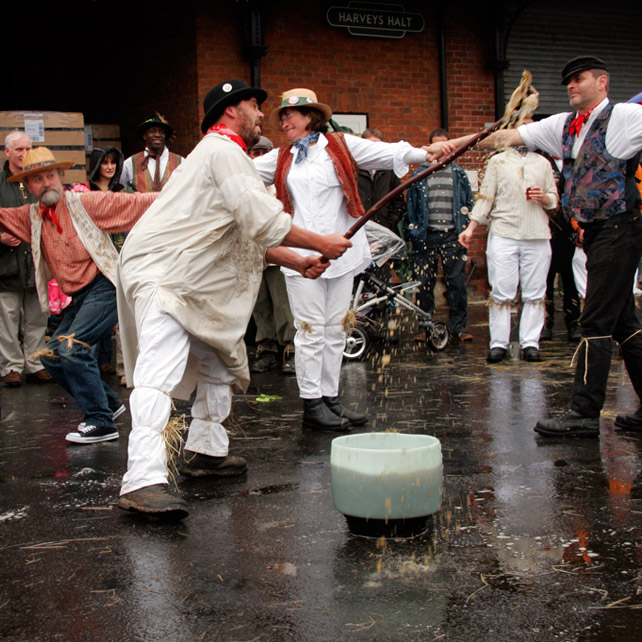 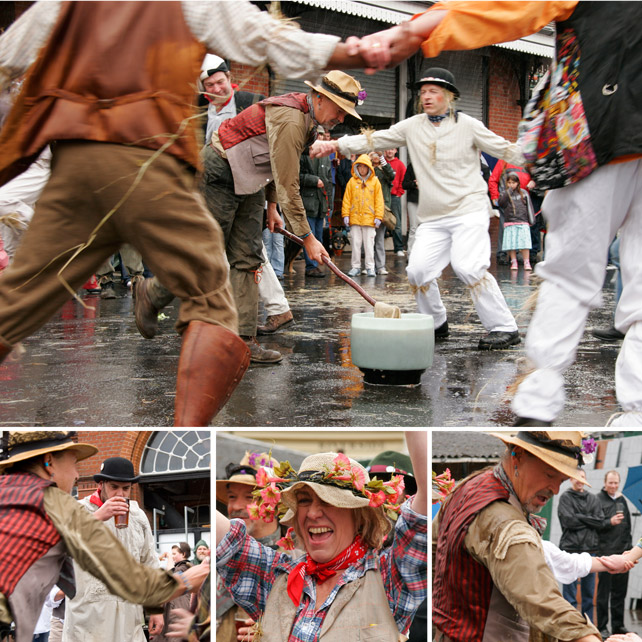 I thought I’d heard of everything, but ‘Dwyle flunking?’ Even after an hour of web searches, all I could find out was that ‘the game requires skill, cunning, outstanding agility and a high tolerance for being slapped hard in the face with a wet beermat.’ It was to be played in Lewes, on what proved to be yet another very wet bank holiday weekend, so I could see for myself. I’m none the wiser!