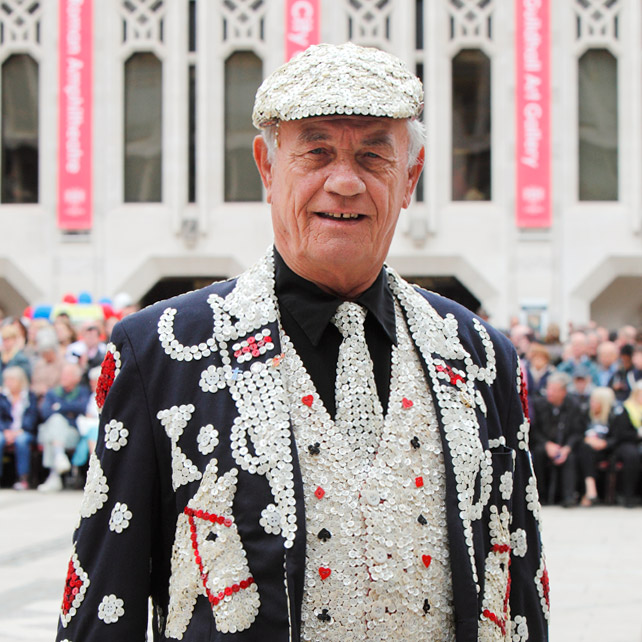 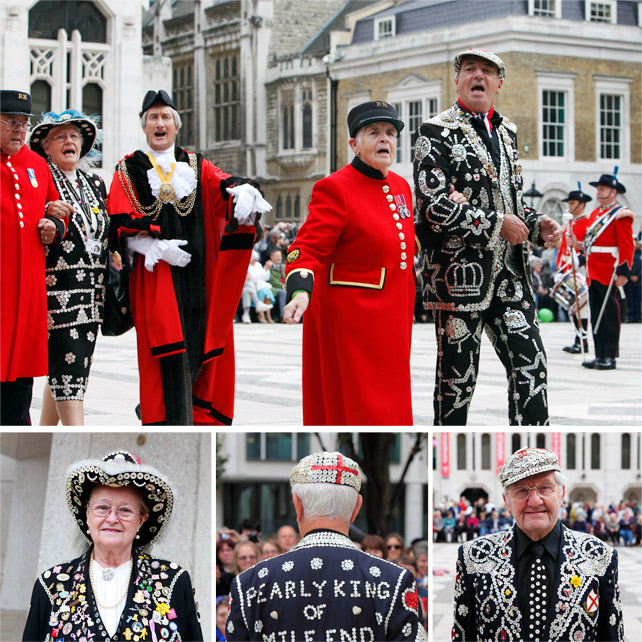 Glittering London Pearly Kings & Queens came together from boroughs across the city, to take part in the annual Costermongers’ Harvest Festival at St Mary-le-Bow Church, in the city of London, on Sunday. The Harvest Festival is their flagship event with everyone decked out in their shiniest and most elaborate outfits.

Starting at Guildhall Yard, the well attended event features traditional English entertainment including Maypole dancing, Morris dancers, a marching band, and of course, the singing of classics such as ‘Maybe It’s because I’m a Londoner’, before the short parade to St Mary-le-Bow Church, home of the renowned Bow Bells, for the Harvest Festival service.

Working hard throughout the year to raise money for charities, each London Borough has a Pearly King & Queen, as do the City of London and the City of Westminster. It’s a colourful tradition that originated in 1875, when London street sweeper Henry Croft wanted to raise money to help those in need. He realised that he could collect more money for charity by drawing attention to himself, so he decorated his uniform with pearl buttons he found that had fallen off the clothes of people visiting the market where he worked. He is said to have raised over £5000 for hospitals, workhouses and orphanages when he died in 1930 (approx. £200,000 in today’s values).