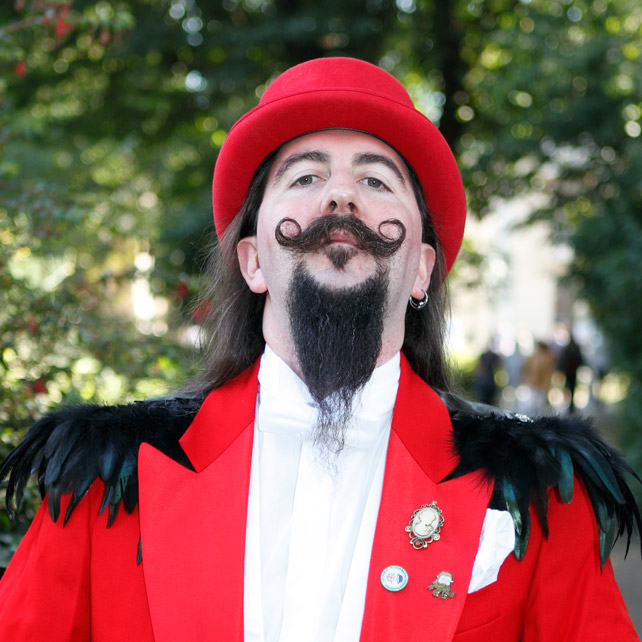 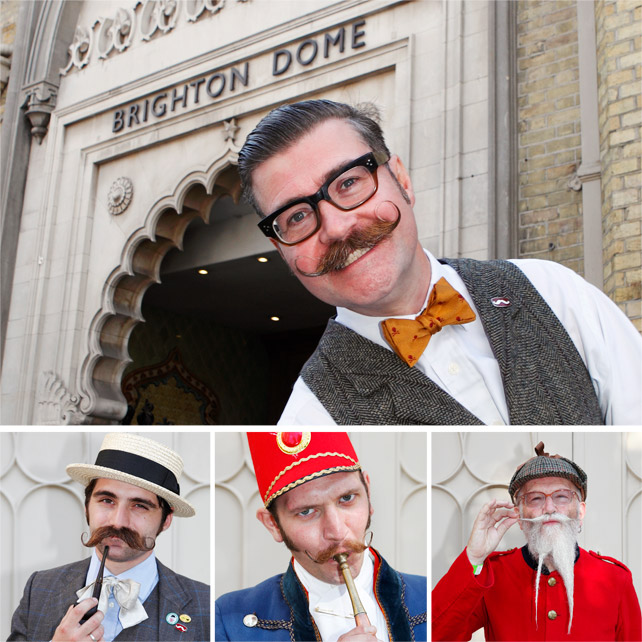 More than a hundred hairy-faced and stylishly dressed competitors (not to mention a sell-out audience) gathered at Brighton’s Corn Exchange on Saturday, to take part in the first British Beard and Moustache Championships. With a wonderful variety of styles on offer from around the UK, and further afield, it was a hugely entertaining celebration of facial hair, and that’s coming from someone without any (at least not intentionally!)

Organised by teams from two great social clubs, The Handlebar Club, and The British Beard Club, all proceeds are to be shared between two charities, The Martlets Hospice and Macmillan Cancer Support.

Competition was fierce, especially amongst the full beards and handlebar moustaches, the most hotly contested of all 12 categories. Local host Michael “Atters” Attree, and Glaswegian Baron Bartholomew Black, were there to introduce each contestant to the audience, and panel of judges who scored by predefined criteria, which I’ve set out below for anyone inspired to enter next time. If you are, I’d suggest you start working on it now!

Partial Beards
1) Natural Goatee – Facial hair grown only on chin, upper and/ or lower lip. Styling allowed but without aids. Moustache may be present but is not required.
2) Sideburns – Includes muttonchops. Hair grown only on cheeks and upper lip, with chin shaved. Styling allowed but without aids. Moustache may connect but this is not required.
3) Musketeer – Moustache long and slender, lip hairs may grow out up to 1.5cm from end of upper lip. Beard narrow, pointed. Aids allowed such as wax, sprays, glues.
4) Sculptured/Barber-etched – Beard no longer than 1cm, shaved down to skin in places to create artistic patterns. Moustache may be longer.

Full Beards
1) Natural full beard – As grown with moustache integrated. Aids not allowed.
2) Natural full beard with styled moustache – As grown. Only the moustache may be styled with aids such as wax, sprays, glues.
3) Beard Freestyle – Beards not matching other categories. May be of unusual or extravagant and creative styling, with aids such as wax, sprays, glues. No hair extensions, false hair or unnatural colouring.

Lastly
1) Best Made False Beard – one I’ll be entering next time.