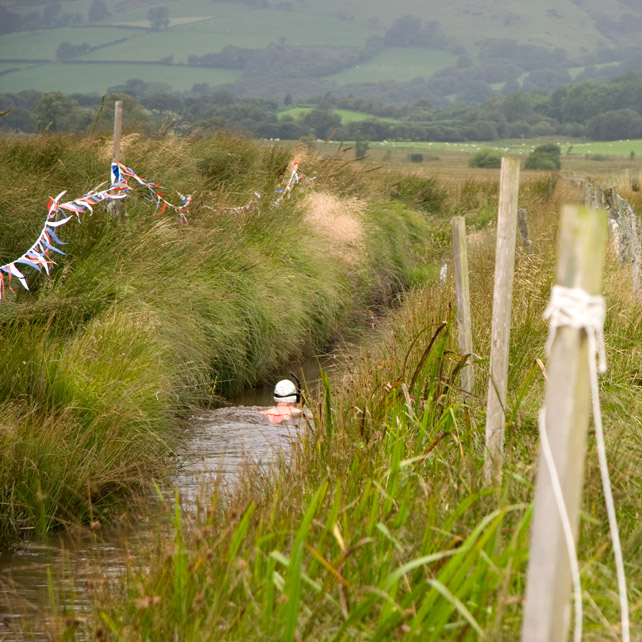 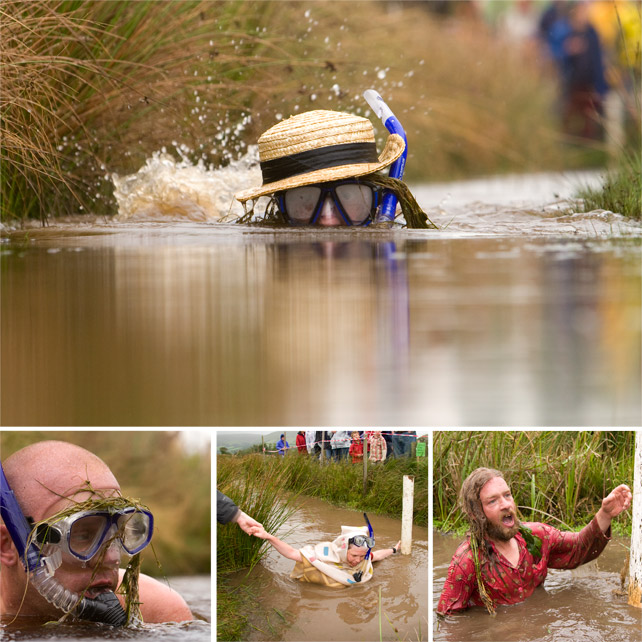 When most people go snorkeling, they probably choose sparkling clear blue waters with brightly coloured fish in a nice warm climate. Others travel hundreds of miles from their homes, where the above is actually a reality, to snorkel in a cold, murky, smelly trench dug out of a field in the middle of Wales. There’s only one reason hundreds of people flock to the spot sheep normally graze, and it’s to go to the World Bog Snorkelling Championships.

The aim of the game is to swim two lengths (about 110 meters more than 2 lengths of an Olympic size swimming pool) of the specially prepared peat bog in Llanwrtyd Wells, in the quickest time possible wearing snorkels and flippers, (fancy dress optional). No recognised swimming stroke may be used, and lifting the head is purely for orientation purposes!

Perhaps if Michael Phelps had made it to Wales after the London celebrations, he’d have broken the world record set last year by Joanne Pitchforth, with an amazing time of 1 minute 35.18 seconds. As it turned out, Conor Murphy was pretty close taking this years trophy with the fastest time of 1 minute 38.09 seconds.

Despite the awful weather, there was one record broken, and that was for the number of entries – 170 competitors from as far afield as New Zealand, Australia, USA and Europe. Clearly growing in popularity, perhaps the IOC might consider adding the discipline to the games in 2012?