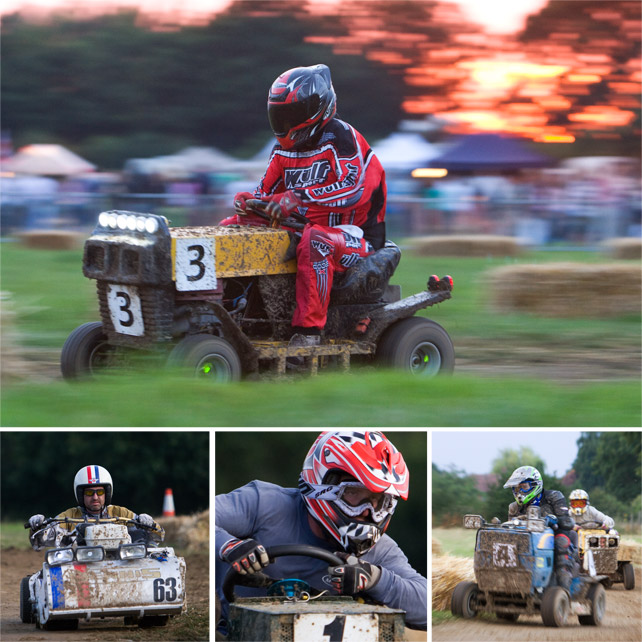 The hum of a lawnmower is Britons’ favourite summer sound, according to a recent survey of 2,500 people. I don’t suppose they were referring to the de-muffled scream of almost out-of-control lawnmowers, that could be heard racing through the night around a field at speeds approaching 60 miles an hour on the weekend.

While most people are content to use their mowers to cut grass, a small group of adrenalin junkies prepare their machines for a far more exciting use. The â€˜jewel in the crown’ of the mower racing calender, a gruelling 12 hour race in a field in Pulborough, West Sussex.

At 8.05pm on Saturday, the race began in Le Mans style with drivers sprinting across the track to their mowers, all lined up on the grid in order of their qualifying times. As each one geared-up and sped off onto the track, it’s testimony to the drivers skill, that a multiple pile up was avoided in the heavy congestion.

Each team consisted of 3 racers and a pit crew, who refueled, patched up and replaced bits of mowers under little more than torch light throughout the night. When the checkered flag was waved at 8.05am on Sunday, the majority of teams made it home, and the winning team ‘Promo Racing’ had done so with a clear margin.

Not a blade of grass remained, so it certainly won’t need to be cut in a very long time. Success!