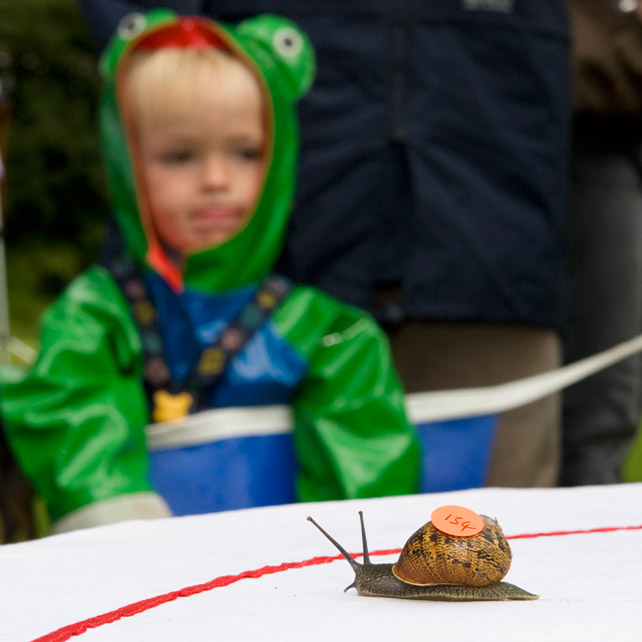 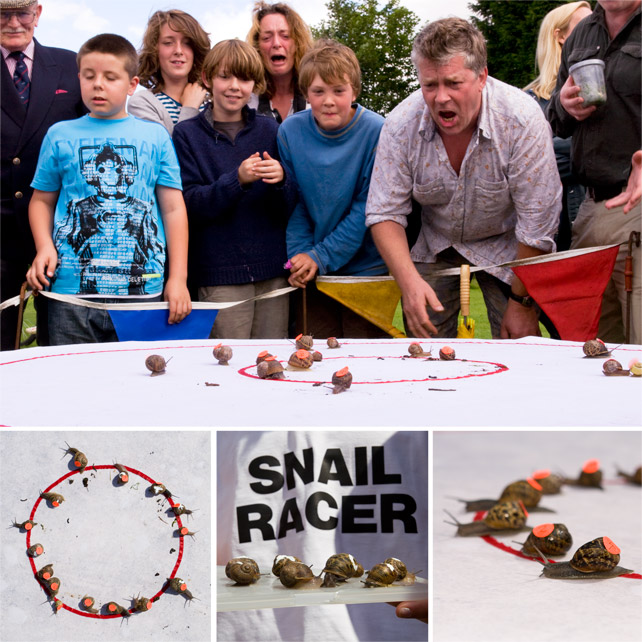 About 200 snails slugged it out to be fastest over the finishing line on Saturday at the World Snail Racing Championships, in Congham, Norfolk.

Heats were held throughout the afternoon, with each winner earning a place in the grand final at the end of the day. This was the only race to be timed, and aptly with the power of a McLaren engine, the winning snail named Heikki Kovalainen speeded over the course in 3 mins 2 secs, taking home the silver tankard stuffed with lettuce leaves. It was a fast time, but it didn’t come close to threatening the world record of 2 mins, set in 1995 by Archie.

Obviously one garden snail looks very much like another, so before a snail can enter a race, a sticker with a number must be put on so they can be identified. Races are held on top of a table with a damp cloth spread out. The snails are then placed in a circle in the centre of the table, pointing in the direction of the finishing line, another circle, 13 inches away.

Master Snail Trainer, farmer Neil Riseborough, starts the races shouting “Ready, steady, SLOW!” And off they dash! He plays a big role in the championships as he also tests for drugs, watches out for cheating, and keeps the course well-watered as snails like damp, more speedy conditions. Where was Heikki’s teammate?