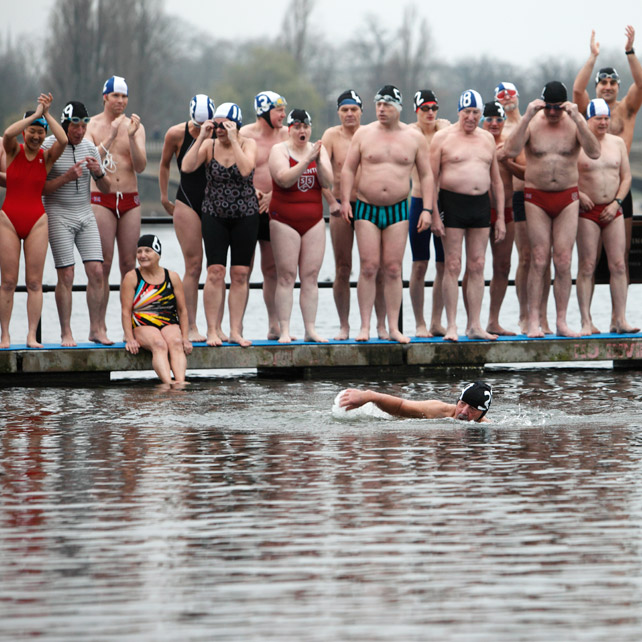 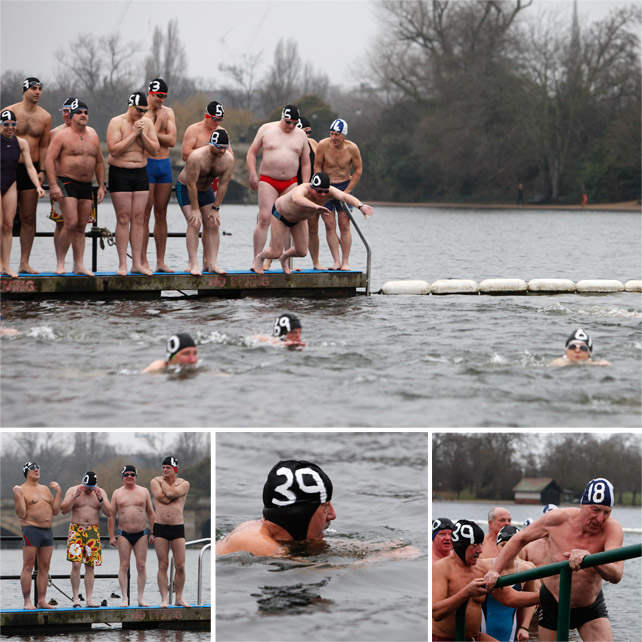 9am on Christmas Day, and while most of us are busy unwrapping presents and preparing for the big roast, members of the Serpentine Swimming Club in London’s Hyde Park, prepare to swim their traditional 100 yards Christmas day swim in very cold temperatures!

The race is only open to club members (most of whom are over 50 but who have acclimatised to the temperature over several months) and is swum on a handicap system, so everyone starts at different times with the weakest swimmers going first, giving everyone an equal chance of winning.

I heard rumours amongst the swimmers that the water temperature was 32. 32 ?? I could tell by the horrified look on their faces that must be pretty cold, but what was that in Celsius? 32 degrees Fahrenheit = ZERO degrees Celsius = when water freezes. OMG!

One swimmer told me that it doesn’t matter how cold it is, they always swim, even if the ice has to be broken before they get in. I take my hat off to them.. at least I would if it wasn’t so cold, I don’t think I could even bear one minute stood on the side in my swimming cossie, let alone get into freezing water.

Anyway, they all did, one or two at a time, and despite their bodies seizing up, they all made it to the marker and hauled themselves out of the water to a well deserved cup of something resembling port. Undoubtedly everyone was a winner as they all lived to see another day, but for the winner, Gary, Christmas day would be that little bit more special.