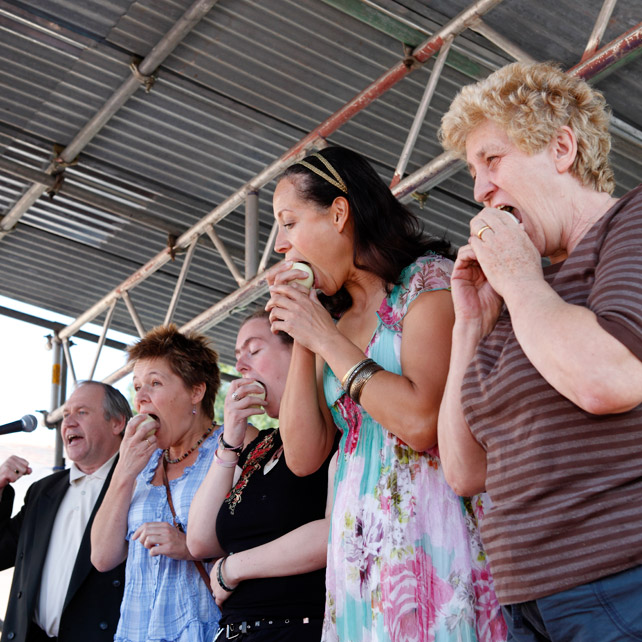 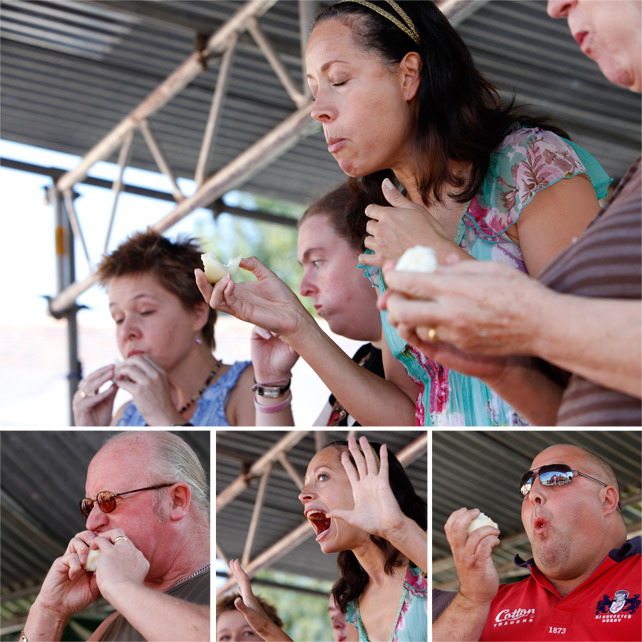 The small town of Newent in Gloucestershire turns all teary eyed on the second Saturday in September as it holds it’s annual Onion Fayre, and with it, the highlight of the day, an onion eating competition. Volunteers from the crowd compete against each other to chomp their way through a nice big juicy onion, in much the same way you would eat an apple, the quickest being awarded with a trophy.

The ladies go first with a freshly peeled 400 gram onion each. The men follow, with a slightly larger 600 gram onion, but despite the larger size, the fastest time was recorded by the men, and previous years winner, Alex Navari, from Italy, in a time of 1 minute, 12 seconds.

Judges, who are also volunteers from the crowd, keep an eye out for any contestants who try to cheat, (dropping or hiding a ring or two up their sleeves for example) and also declare the winner once they have proved that that they have swallowed the entire contents of their mouth*.

*Not a good time to be stood too close!