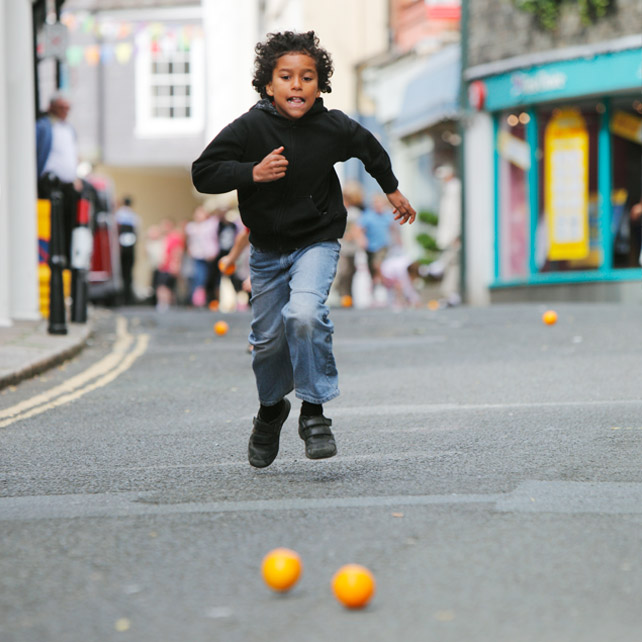 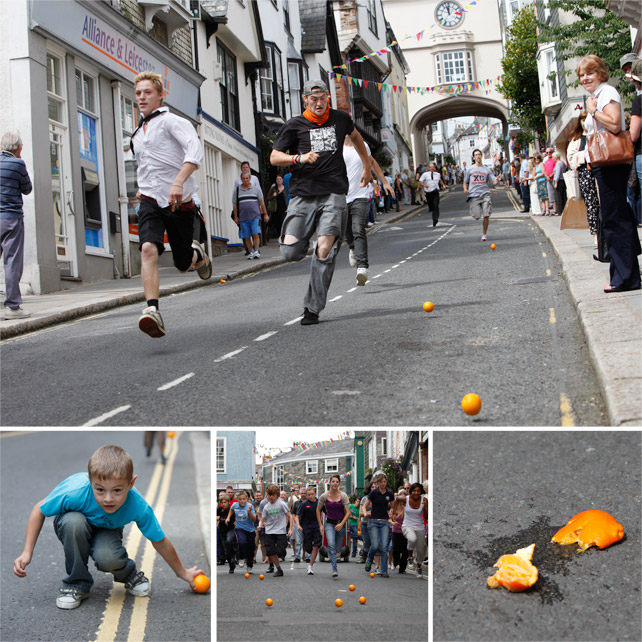 Every year the Totnes Elizabethan Society host a series of tricky and sticky races down the town’s steep high street involving the humble orange. This year it was held on Tuesday, to coincide with the Elizabethan Market.

The idea is to be first through the finishing tape, with your orange, or at least part of it, having kicked or thrown it ahead of you whilst running the course. You don’t have to finish with the same orange you started with, as there are no rules to prevent competitors from pinching each other’s, and in all honesty it’s not as though one orange is easily identifiable from another anyway, so it’s an easy mistake to take someone else’s in the muddle of the race.

Races are arranged by age, and anyone from the age of 4 can have a go, albeit on a shorter flatter section of the street, in the same way that the oldest race for over 60’s is held on the lower flatter section of the course. The police even have their own ‘challenge’, which no doubt helps keep them fit for catching thieves, and at the speed they were running I wouldn’t rate the thief’s chances. Trophies are awarded to the winners of each race, as well as prizes to the first three which range from chocolate oranges to fruit baskets.