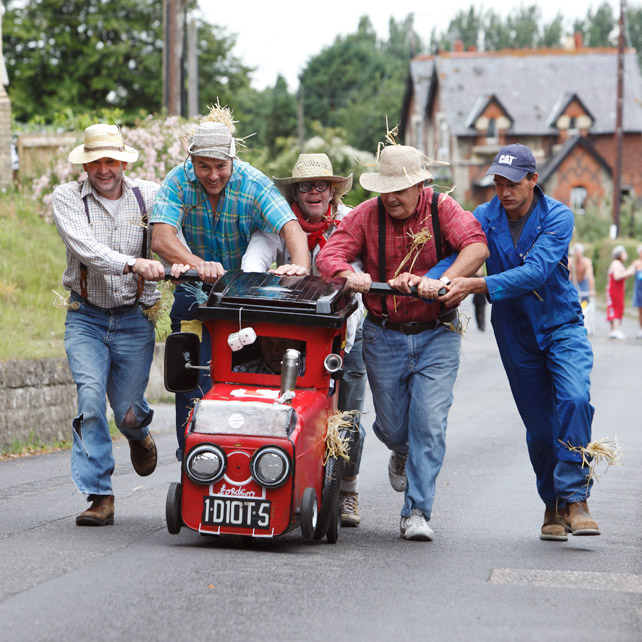 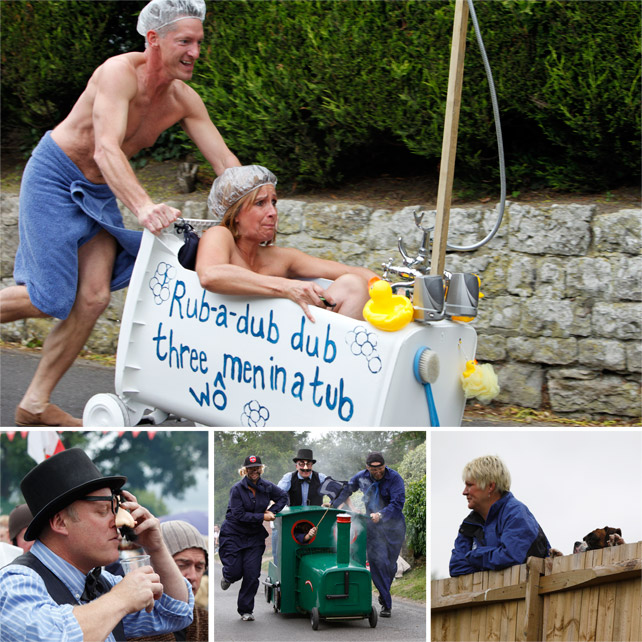 What have Greased Lightning,  a locomotive, a barge, a tractor and a bath tub got in common?

Why they’re all ‘major pieces of machinery. Systematic, hydromatic, ultramatic.’ They’re wheelie bins, and they were just a few of 14 clapped out old things to be given a new life – to compete in the Three Horseshoes Wheelie Bin Race on Saturday.

Teams went to great lengths to win the title of fastest bin, best bin, and best dressed team in what is basically an 800 yard dash up the road and back, with a few stops to neck a half pint of beer and switch driver/pushers. Teams are staggered 2 at a time while racing against the clock. Such is the difference in attitude to the race, that the fastest time (a new record set by the young ‘McDonnell Transport’ lads on Saturday) of 2 mins 32 seconds, is quite far off the slowest recorded time of 1 hour 45 mins. The best bin team, the ‘Dunkirk Barge Co Ltd’, and winners of the best dressed team, the ‘Village People’, both took a far more civilised pace.

I have to say my favourite team was the ‘Rub-a-dub’ dubbers, who transcended all three titles. They were wearing little more than a shower cap, a towel and a pair of slippers each, in a customised bath tub with running water from the shower, and as if they had slept in and their job depended on it, they were moving as fast as they could.

If there was ever any doubt, recycling bins at least, is a very good thing.