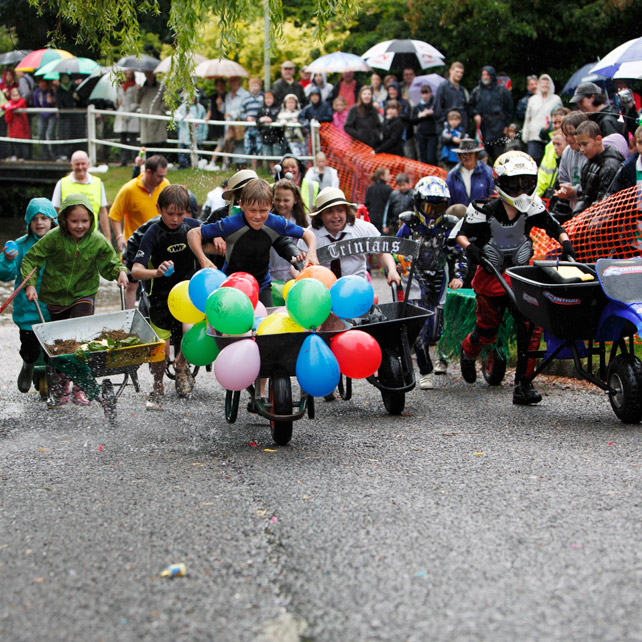 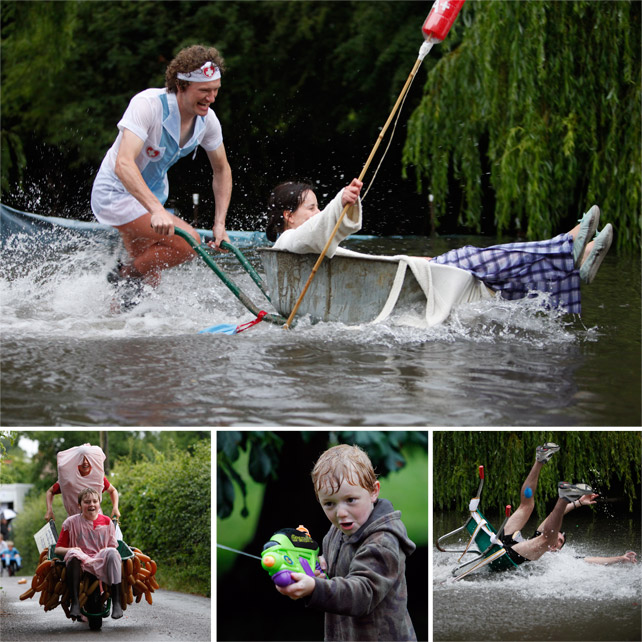 Heavy rain wasn’t to put off hundreds of spectators who lined the street on Friday evening to cheer on competitors taking part in Braughing Village’s annual Wheelbarrow Race.

The rain was actually far less of a threat than I’d imagined, as everyone comes prepared for the kids, who see to it that everyone gets soaked whatever the weather. Whilst eggs and flour bombs were banned from the race, water bombs and pistols were actually on sale, and with the races focused around a ford there was no shortage of ammunition.

Young and old(er) took part in three races of varying lengths and content for different age groups – infants, juniors and adults. Kitted out in fancy dress, teams of two with rickety barrows wheel their way around the village as fast as their legs would take them, one person pushing, the other a passenger – except in the infant race where both kids push.

The barrow pusher and passenger swap places whenever they need to before making their way, through hordes of kids with water bombs, and over the flooded finishing line, the ford, which is dammed up for the evening. In the adult race a tote was set up for spectators to place bets, and the competitors stop off for a beer shandy as they pass the village pubs.

It was a remarkably good-humoured event considering the amount of water involved, and one in which I’m sure the kids are all the real winners, but like they say, if you can’t beat them join them. Unfortunately all the water bombs had sold out by the time I got to them.