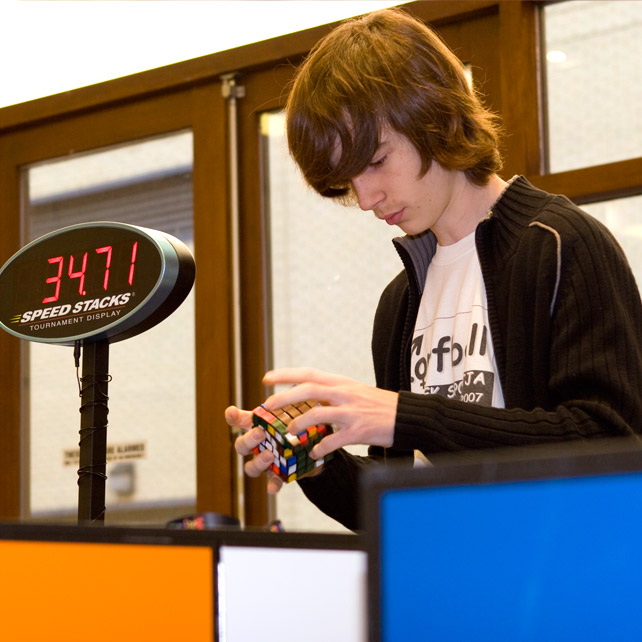 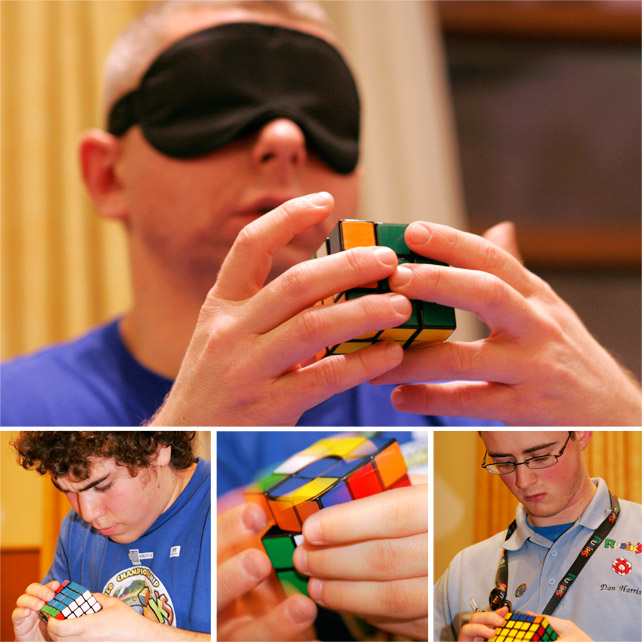 Almost 30 years on, professor Erno Rubik’s cube that took the world by storm during the early 80’s is back. It’s having such a great revival, it’s estimated 12 million cubes will have been sold worldwide in this year alone! I can only remember the 3x3x3 from my childhood, but there are now 2x2x2, 4x4x4, and 5x5x5 cubes to solve, not to mention the Clock and Megaminx!

There was some huge talent at the event in Birmingham on Saturday. Matyas Kuti, a 14 year old from Hungary, in particular, did brilliantly winning most events, though British hopefuls Dan Harris and Joey Gouly certainly gave him a run for his money. Joey (17 years old) from Leeds and a relative newcomer to Rubik’s Cubing, finished 2nd with a new UK record of 2.27 minutes in the 3x3x3 Blindfold Cubing, He smashed his own previous record.