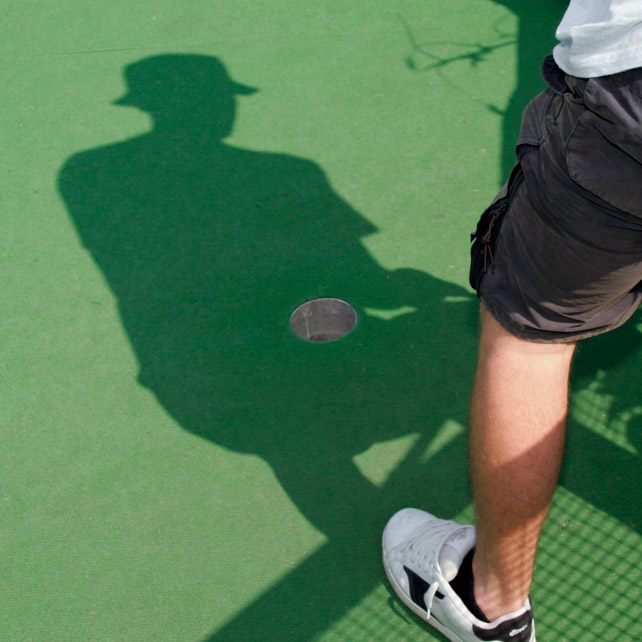 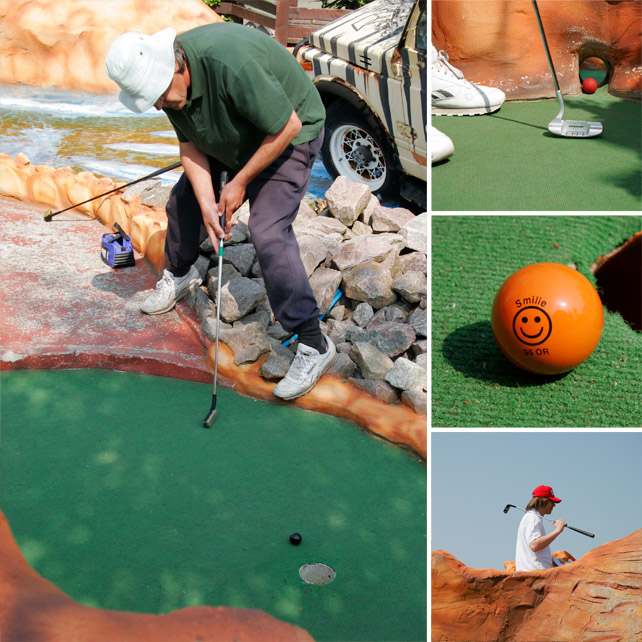 It might have been held at Peter Pan’s Adventure Island at Southend’s pleasure pier, but this weekend saw the serious business of finding a new champion to take home the coveted British Minigolf ‘Masters Jacket’ and trophy.

The rules seem fair and uncomplicated. Basically the competition is held over 36 holes, and the winner is the player who gets round with the fewest strokes. Another competitor has to keep your score, you’re allowed to remove debris (eg leaves or perhaps the propeller of a plane) from the intended path of the ball before taking a shot, and the ball may be moved 8 inches in from a boundary of a run. There’s not to be any act of a reckless or dangerous nature, so absolutely no swinging the club above your shoulder, throwing it, or your balls, hitting obstacles or generally being loutish (eg pushing people near a fairway)!

The course record of 36 (18/18) was equalled by both Ted McIver and Keith Kellard. Pretty impressive stuff when an amateur like myself takes close to 18 attempts to hole just the one ball. Keith went on to win the title, so well done on a fantastic score, enjoy the jacket won’t you, and thanks to all the organisers for a great event. See you all in Hastings!