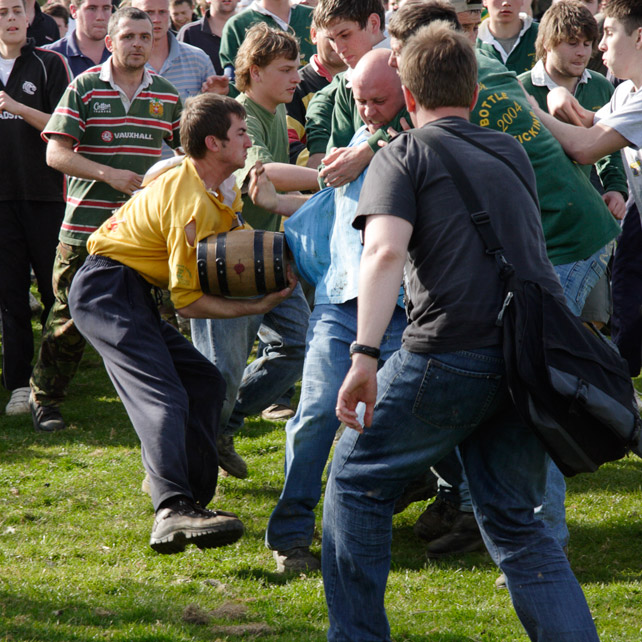 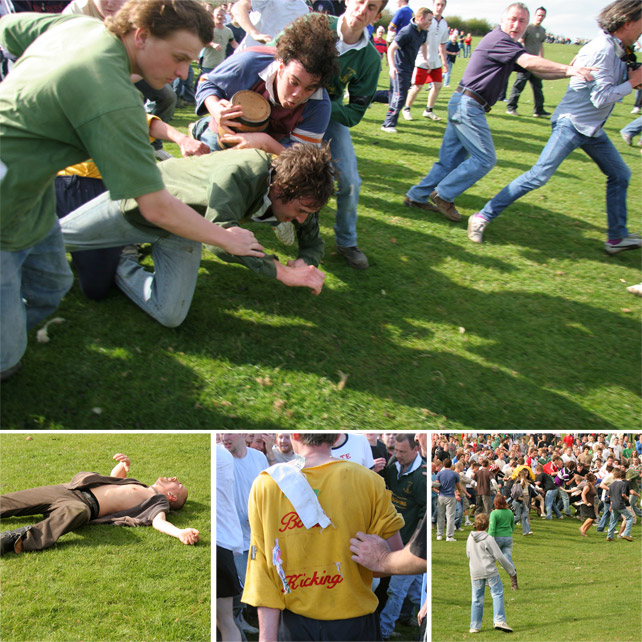 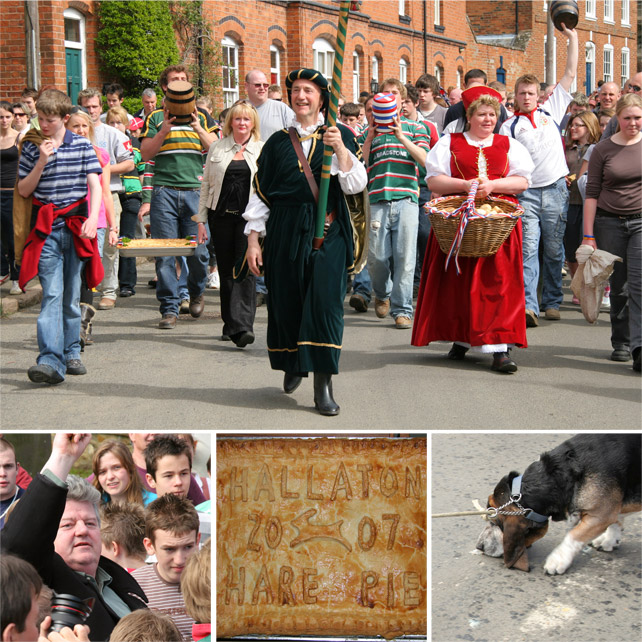 In 1770, the Rector of Hallaton was allotted a piece of land on condition that he provided two hare pies, two dozen loaves of bread and a quantity of ale, which has to be scrambled for in public. The custom still survives today, and on Easter Monday a hare pie is paraded in a procession through Hallaton Village from the Fox Inn to St. Michael’s Church. At the church gates, slices are cut up, blessed and distributed by the rector, with a little help this year from special guest Robbie Coltrane!

Immediately behind the pie in the procession are the bottles that are used for the Bottle Kicking match between Hallaton and nearby Medbourne. Confusingly, this involves neither bottles nor kicking. Instead the two village teams fight over three small beer barrels, in an attempt to get each barrel across the stream in their village by any means possible. It resembles something between a ruck and a maul, at the same time, with about 100 people. When the barrel breaks out and the scrum moves on there are usually a few men left lying on the ground and broken ribs are not uncommon. Generally all kickers have several pints before joining in and will leave the scrum to grab a quick drink from their family or friends who are close by with rucksacks of beer and water. Played as a best of three it’s a very tough contest that can last for hours, crossing numerous hedges, lanes, ditches and even barbed wire to reach their touchlines.