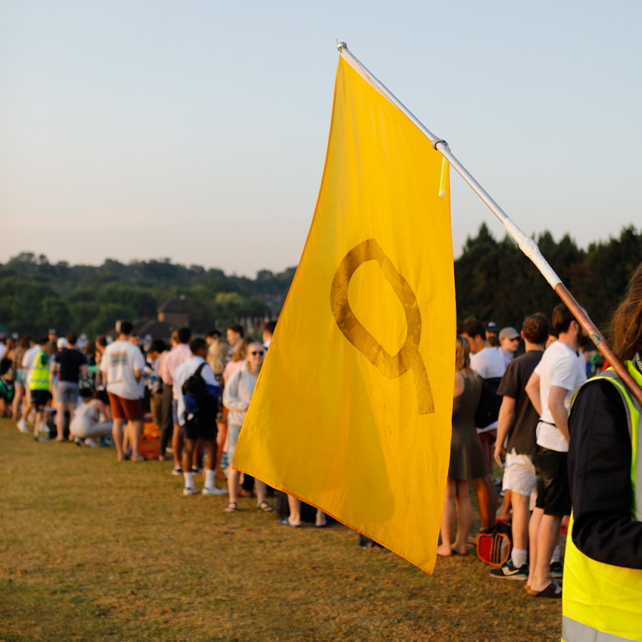 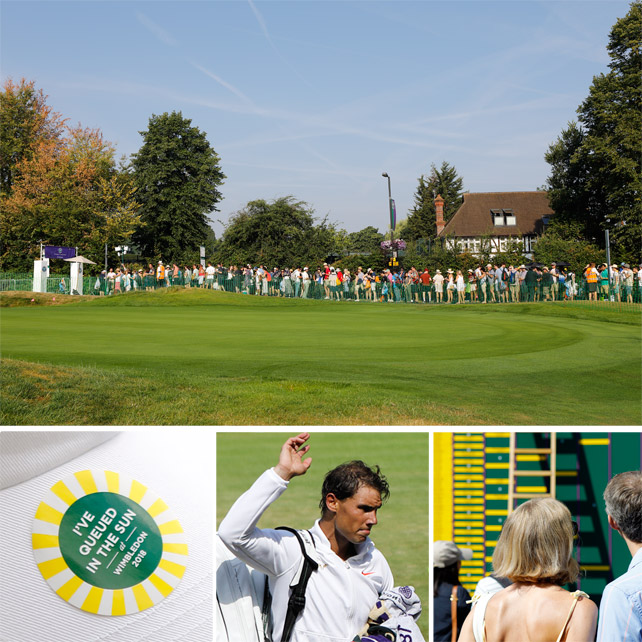 There’s only one reason anyone in their right mind should queue for 37 hours and it certainly doesn’t involve a new iPhone launch, or the prospect of grabbing a £5 42 inch flat screen tv in the Black Friday sales.

I had the pleasure of joining ‘The Queue’ at 8:45pm on Thursday 5th July, and made it into the grounds with my ticket exactly 37 hours later on Saturday 7th July at 9:45am to watch an awesome line up of men’s singles: Nadal v De Minaur, women’s singles Kerber v Osaka, and last, but by no means least… British hopeful Edmund v Djokovic. England had made it into the World Cup semi finals earlier and talented Edmund had a real chance to upset Djokovic’s game! What a match.. the crowd were 100% behind him, but despite taking the first set, Djokovic came back from it and showed why he has been champion so many times. One to watch though Edmund.. real talent.

Back to the queue though.. obviously there was ‘The Queue’ where you were given the all important queue card (dated and numbered to show your position) by the steward on arrival. Loose that and go home. Leave the queue for more than 30 minutes and you risked going home.. during those 30 minutes chances are you join even more queues on site, either for the toilet, burger van or left luggage! Don’t think I’ve ever been in two queues at the same time before… takes it to a whole new level of doing-nothing-while-waiting multi-tasking.

Of course this is Wimbledon, and we’re British, and we are the pro’s of all things queueing. Where else would you be given a 32 page DL leaflet ‘A Guide to Queueing’ with so many rules and regulations? No where that’s where, but I tell you it is one to embrace.. boy if only all queues were this much fun I would join the back of one where ever I saw it. No doubt the fine weather helped, but with good company the journey was definitely as entertaining as the destination. Thank you SW19.