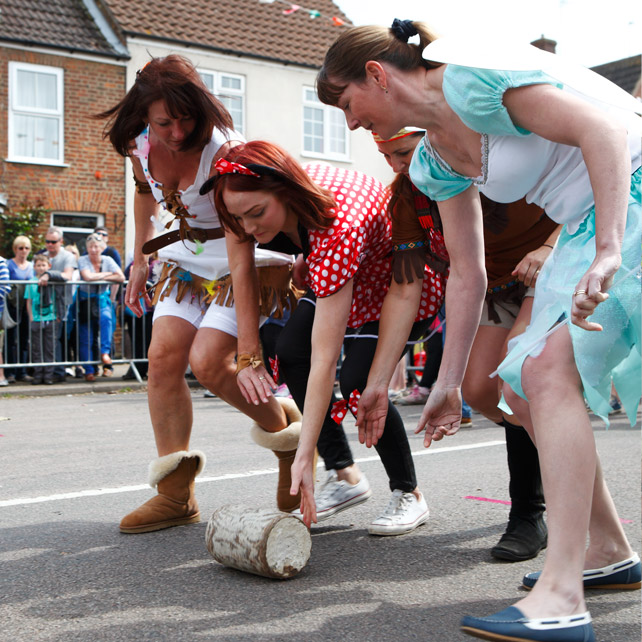 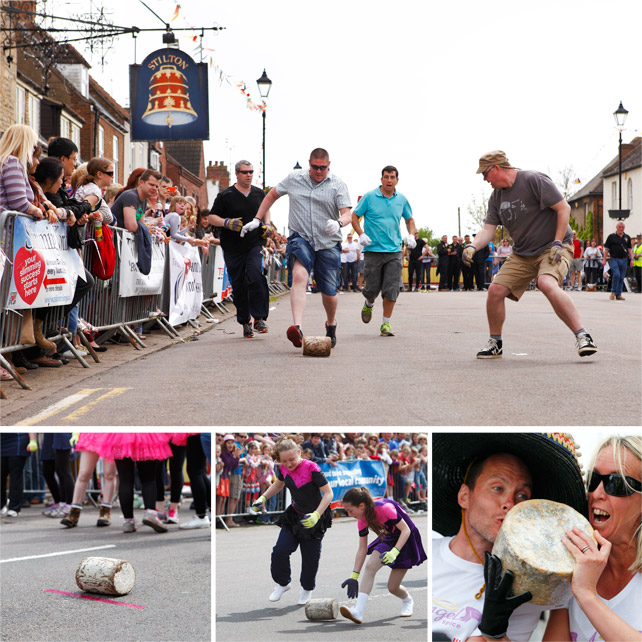 The High Street in Stilton is a far cry from the 1:2 gradient that can see you hospitalized with the cheese rolling at Coopers Hill. I’ve always thought that Stilton’s version of the contest would be a bit dull in comparison, but I have to say I was pleasantly surprised having witnessed, as well as entered it!

Hundreds of villagers gather to watch the teams battling it out for the Cheese Rolling titles. It’s become the highlight of Stilton’s annual May Day bank holiday festival, which includes dancing, live music, fairground rides, stalls, and other entertainment. It’s origins are unclear, but by mid-20th century the landlord of one of the pubs (no surprise there) was said to revive the ancient tradition of cheese rolling to try to drum up business in the village following a loss in trade with the re-routing of the A1.

There are 3 championships for different categories, the juniors (mixed), ladies and men, all of which compete in teams of four, some with a fancy dress element.. Each team member has to roll the cheese at least once during the race, a short 80 yard stretch past the Bell Inn to the finishing line/plank. It’s a knockout competition, 2 teams competing against each other at a time, with quarters, semis and a grand final. Entry is free, and a wood log in the shape of a Stilton cheese is used rather than an actual cheese, so the winners don’t end up munching on bits of gravel with their cheese and cream crackers.

It’s remarkably tricky to roll the log straight down the course, so congratulations to the winners. Along with trophies awarded for each championship, prizes include a huge 4kg Blue Stilton, copious quantities of alcohol for the adults and sweets for the kids.