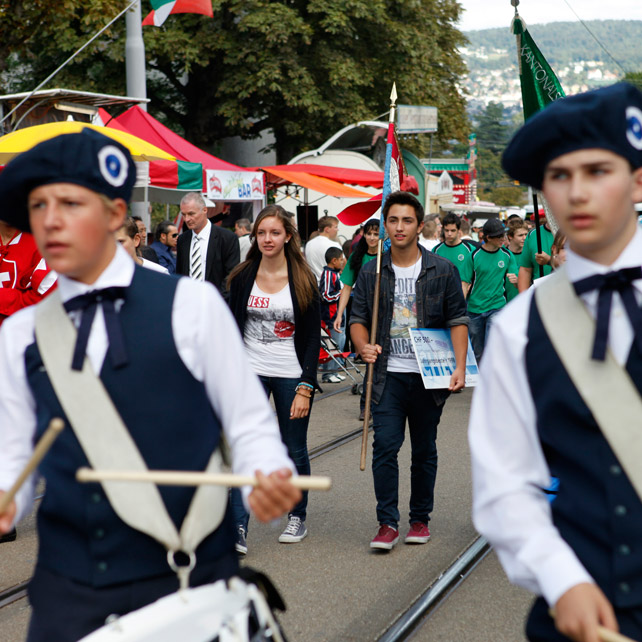 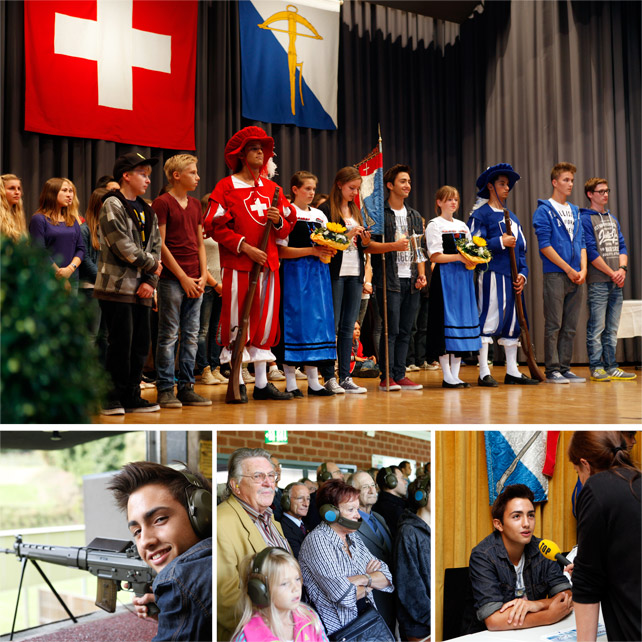 The Knabenschiessen is the oldest and largest festival in the city of Zurich, Switzerland, with roots to the 17th Century. Held on the second weekend of September each year, the reason for this three-day Autumn festival is a target shooting competition, open to all 13-17 year olds from the canton of Zurich, who compete for the title of King or Queen shooter, not to mention the CHF 5,000 (c.£3,400) cash prize and other sponsored gifts.

Officially held for the first time in 1899, and originally reserved for boys (knaben), the competition has been open to female participants since 1991. Originally said to be a means of encouraging young boys to the army, it’s simply a sport tournament now, though the gun used is the Swiss Army service rifle, SG 550 (standard issue for Swiss army soldiers), and the competition is held in the shooting range at AlbisgÃ¼etli to the south-west of the city center, at the foot of the Uetliberg, surrounded by a large fun fair.

Monday, the final day of the festival, and a holiday day for Zurich, is the final day of shooting for the finalists when the King or Queen is crowned amid a media frenzy, followed by an official banquet for the who’s who in Zurich, speeches, the prize giving, and a parade of the winner up and down the high street in AlbisgÃ¼etli. Each year the competition attracts about 5,000 entries, and over 800,000 festival-goers with the latest fairground rides and a huge number of stalls selling everything from a raclette cheese take-away, to pot plants and cow hide rugs.

It was 15 year old Georg Eidenbenz who took the title this year. He was the only one to score 35 points during the heats on the weekend, the maximum number of points available from 5 shots on the ringed target, so won outright before the finals on Monday, when the dozen or so who had scored 34 points took to the range once again for the other placings and prizes. Seems like a nice lad, I hope the media attention doesn’t go to his head.