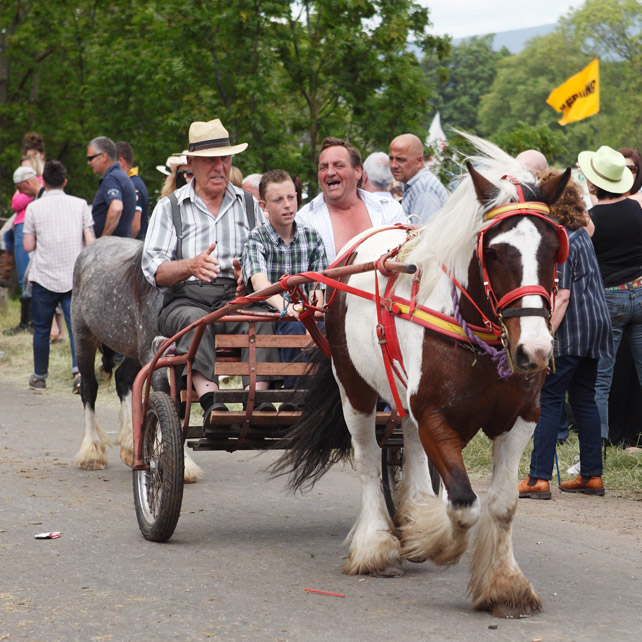 Thousands of Gypsies and Travellers descended on the small town of Appleby-in-Westmorland, Cumbria, for it’s famous horse fair last week. The annual gathering, which takes place the first week in June, from Thursday to the following Wednesday, is the largest and one of the oldest fairs of its kind anywhere in Europe, as King James II granted a Royal Charter in 1685 allowing a horse fair to be held ‘near the River Eden’.

It’s thought about ten thousand travellers and horse dealers gather from all over Britain to meet old friends & relations, celebrate their similar lifestyles, and to buy & sell horses. With the sun shining and the river levels safe this year, the young made the most of the warm weather to bathe their horses, (as well as themselves), in the River Eden before grooming and taking them out to the ‘Flashing Lane’ or ‘mad mile’ as otherwise known, where they are ridden up and down a narrow country road, at great speed, to be shown off to prospective buyers.

The RSPCA, who patrol and monitor the animals welfare, have said that this year’s fair had been the most successful ever from an animal welfare point of view, with fewer incidents and warnings than ever before.