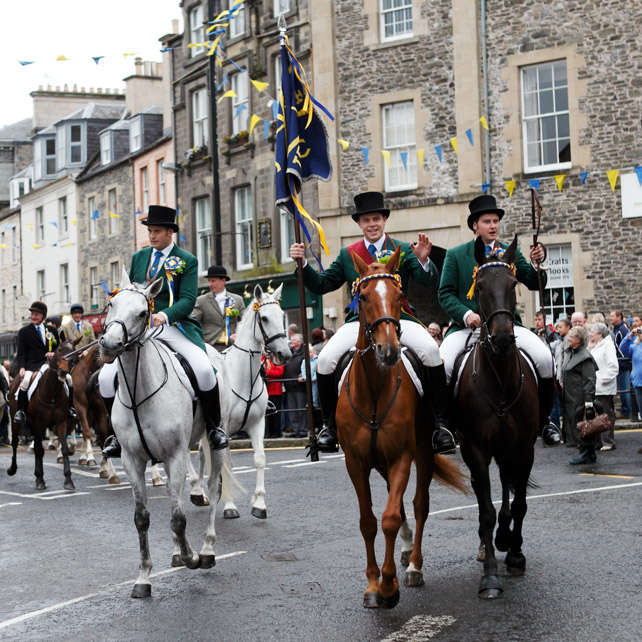 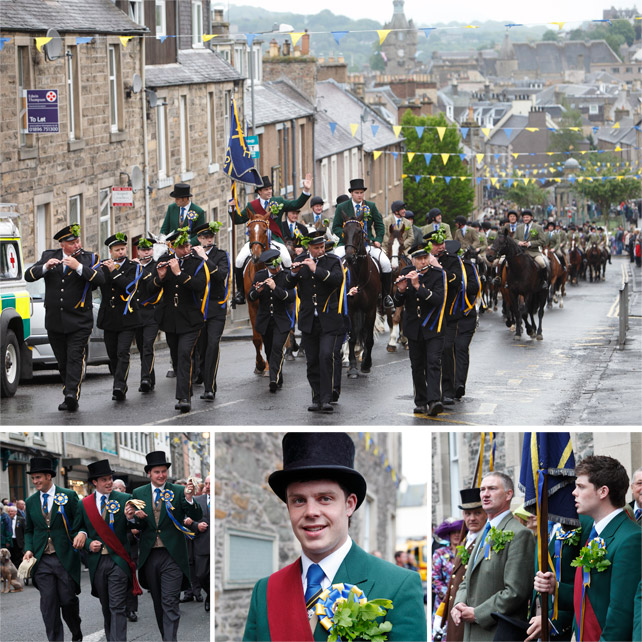 The first, and best attended, of the Common-Ridings of the Scottish border towns took place in Hawick last week and the guide book that said these festivals are one of Britain’s best-kept secrets is probably right. Without going into all the details, the Common Ridings are centuries-old re-enactments of the horseback patrol of town boundaries that were undertaken more than four hundred years ago by towns on the Scottish-English border, to give the Scots early warning of attacks from their neighbour. The statue of a young man on horseback (known as ‘The Horse’) that stands in the centre of Hawick High Street commemorates one such skirmish. In his hand the man brandishes the captured flag of a band of vanquished English soldiers, who had been beaten back at Hornshole in 1514 by a group of local lads, known as ‘Callants’. It’s a replica of this flag that is solemnly handed over to the Cornet (the central character & chief rider), with the words “safe oot, safe in” at the start of Common Riding on the Thursday evening, and returned on Saturday afternoon to mark the closure of the festival. Over the years the festival has developed into a spectacular amalgamation of horse-riding, drinking and civic ceremonies, of which every Teri, as the inhabitants of Hawick are known, is rightly proud.