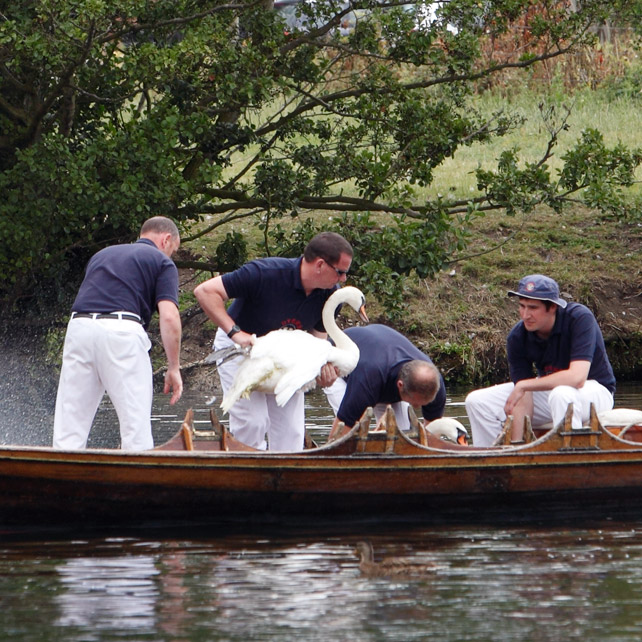 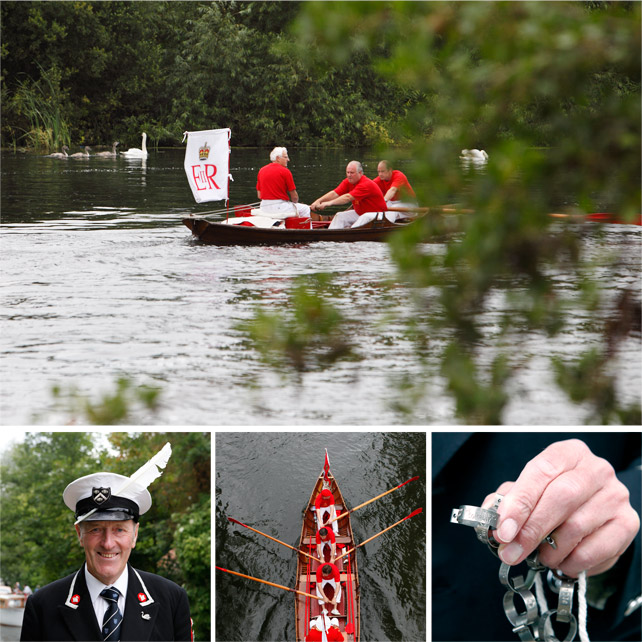 Traditionally, the monarch retains the right to ownership of all unmarked mute swans in open water, but only exercises ownership on certain stretches of the River Thames and its tributaries. This dates back to the 12th century, when swans were a common food source for royalty. Swan upping is a means of establishing a swan census, and unlike the early days, also now plays an important role in their conservation. Both adults and cygnets are examined and treated for any injuries.

Under a Royal Charter of the 15th century, the Vintners’ Company and the Dyers’ Company, two Livery Companies of the City of London, are entitled to share in the Sovereign’s ownership. For every 4 cygnets caught, 2 remain the property of the Queen, with one each going to the companies.

Over the course of the 5 day ceremony, the Queen’s, the Vintners, and the Dyers’ Swan Uppers row traditional wooden rowing boats called skiffs, up the river all the way from Sunbury to Abingdon.