Outdoors Books of the Year – Winner!!

The Hay Festival and the National Trust have announced the winners of the Outdoors Books of the Year poll, and ‘A Brit Different’ was among them!

Members of the public were asked to nominate their favourite book, published for the first time since 2010, which celebrates in some way the joys of the outdoor. Titles ranged from fact and fiction to prose and poetry, across a wide variety of themes, from gardening and wildlife to extreme sports and travel.

Hundreds of votes were received via the National Trust’s website, which ran the poll between 15 April and 20 May. They initially set out to find the best six books. However, nominations were received for such a variety of outdoors themes that eight books have been chosen as winners.

Massive thanks to all who took time to vote for ‘A Brit Different’, and congratulations to all the other winners. You should now be able to pick up a copy in your local National Trust gift shop. For details on the National Trust and the great work they do, click here. 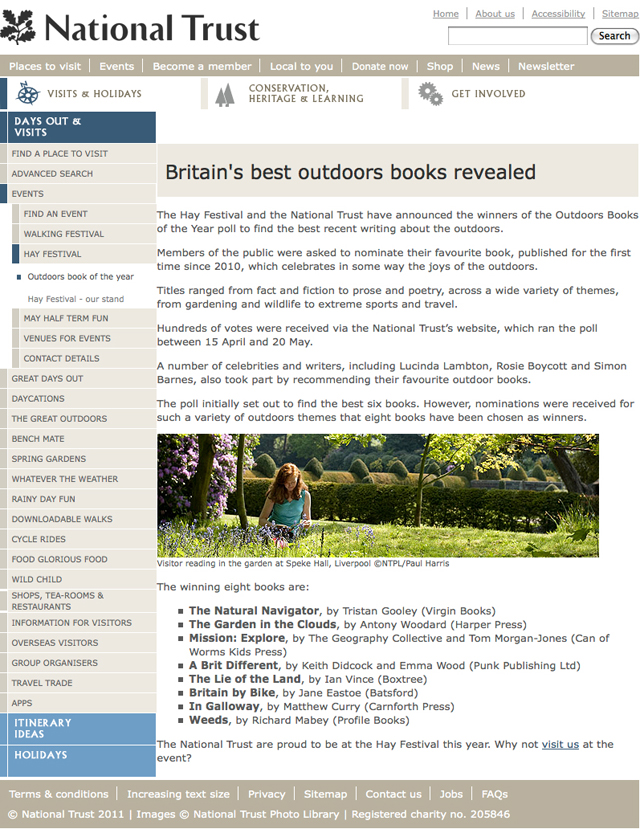