Jack in the Green 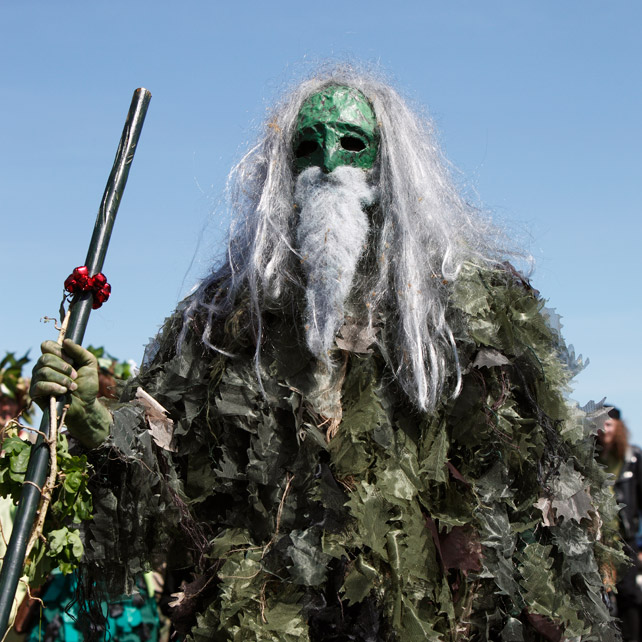 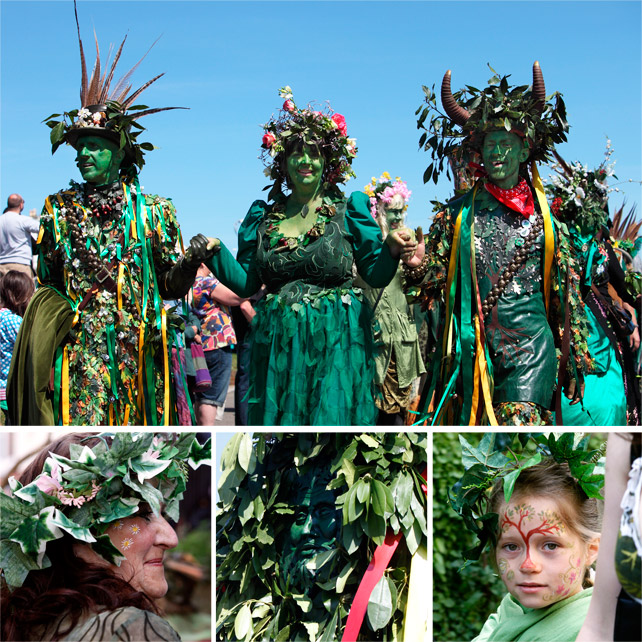 May Day in Hastings can mean only one thing. Time to get get dressed up in leaves and paint yourself green and parade through the old town. (Unless you’re into motorbikes, in which case you’d probably rather get dressed into your leathers and park up on the seafront.) I wouldn’t advise combining the two, driving while impersonating a tree, but it has been done, a) I’m not sure the police would look too kindly on it, and b) even if you don’t crash, someone else is quite likely to when they see you.

Jack in the Green traditional English May Day celebrations were revived in Hastings in 1983, and have become a major event in their calendar. Once released from the Fishermans Museum, Jack, who’s almost 3m tall, and covered in greenery and flowers from head to foot, leads the Grand Procession up to the Castle where Morris groups showcase their dancing, and the celebrations take place. At the end of the day Jack is symbolically slain and the Spirit of Summer is released for another year. Hooray.