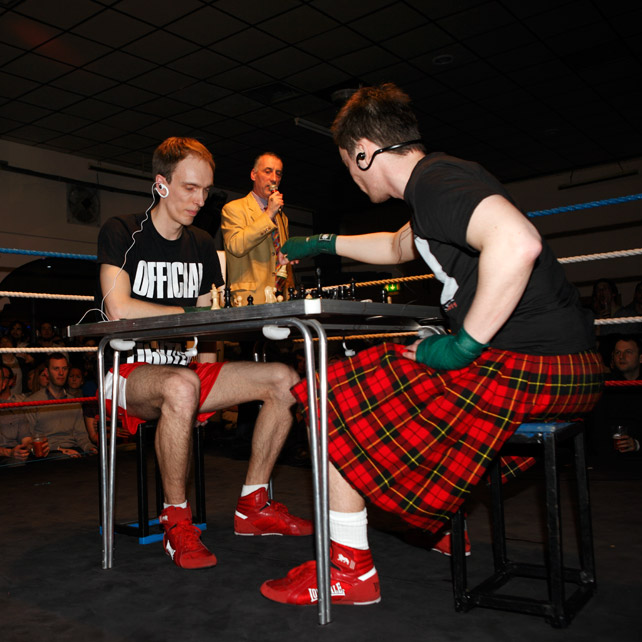 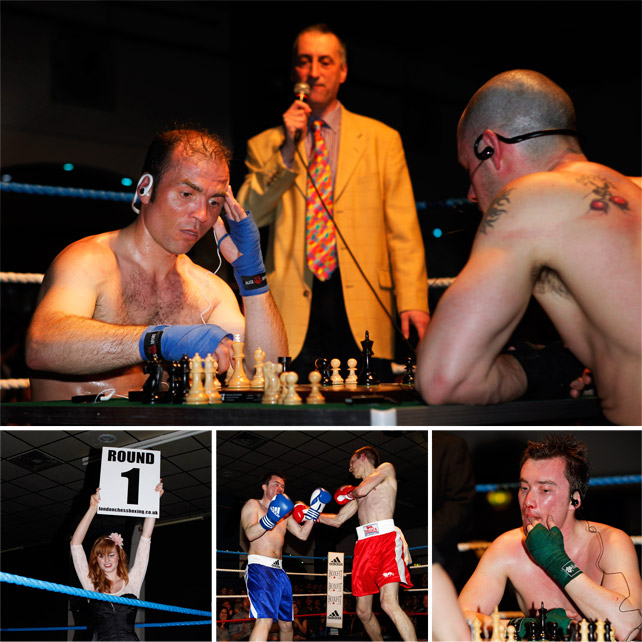 The Dome, at The Boston Arms, London, 26 March. With an international line-up, this proved to be Chess Boxing’s first sell-out tournament with 4 bouts to be fought. Chessboxing is a hybrid sport where the participants alternate between playing chess and boxing, with the winner decided by checkmate or knock-out. 11 rounds in total, each bout begins with a round of chess, (4 mins) followed by the boxing (3 mins).

On Saturday, Svein Clouston vs Alan Riley (best friends) was the bout many people had come to see, and it was certainly the most exciting, with the advantage swinging to either contestant time and again. Initially, the result seemed a formality after Clouston made some impressive moves on the chess board, but Riley fought back with a series of hard hooks to the Clouston ribcage. Both battled on though and after going the full eleven rounds, Clouston managed to force a stalemate draw. Under London Chessboxing rules the result was then decided by the referee based on points scored and overall aggression and his decision favoured â€˜The Viking’ Svein Clouston by 9 points to 6.

In the other bouts, Marc Hickey suffered a dislocated shoulder injury against Rob Gillies, bringing that bout to a premature halt in the 2nd round. A closely fought bout between Carl Williams and Ben Robinson was decided by the referee who stepped in to stop it in the 4th round when a hard right from Robinson closed Williams’ left eye.