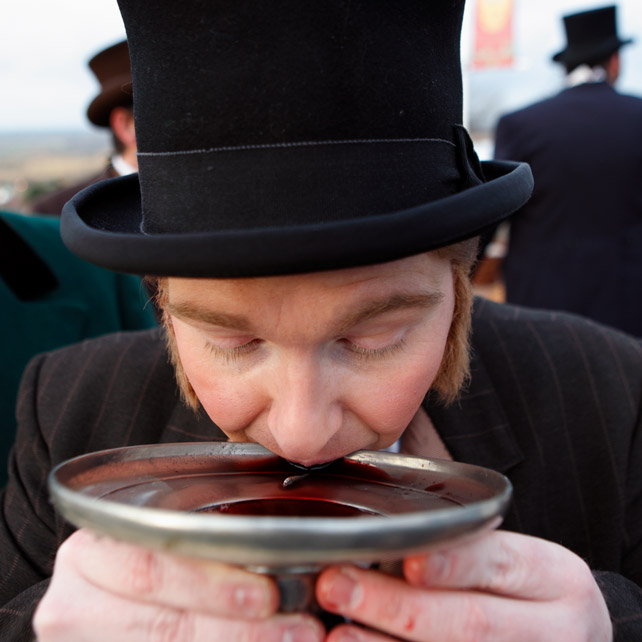 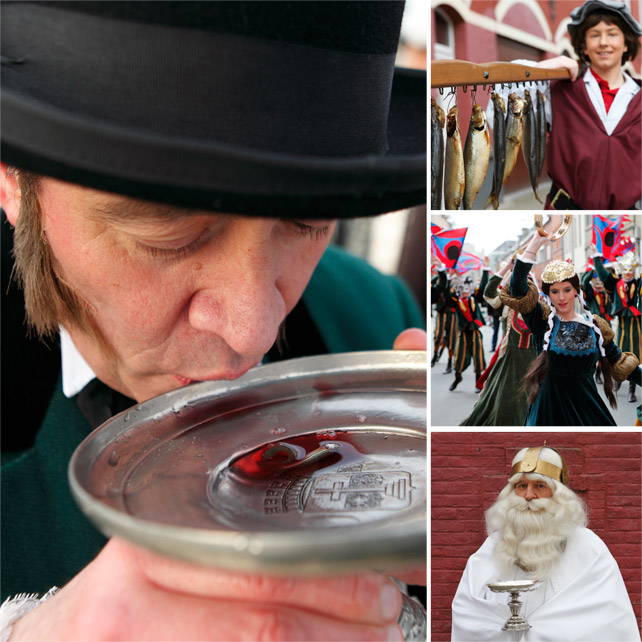 Every year in the Belgium city of Geraardsbergen, about 800 residents parade through the streets in costumes that evokes it’s 25-century-old history. Started by the druids, and ending with more contemporary subjects, the parade combines both Christian and pre-Christian elements. Led by the church dean and city councilors, participants carry bread, wine, fish and fire from the church of Hunnegem to Oudenberg Hill, climbing up to the Holy Mary Chapel on the hilltop, the highest point in the city. Inside, the dean blesses the krakelingen (ring-shaped breads) and recites a prayer. The religious and secular authorities then drink wine from a sixteenth-century silver goblet containing tiny live fish, which has recently become a controversial custom. They then throw the krakelingen into the crowd, one of which contains a winning ticket for a golden jewel, especially created for the event.

Animal rights activists recently lobbied to have the practice of drinking the live fish banned. Whilst only a handful of city authorities now take part in this, one would hope that the festival is now safeguarded as the festival has since been recognised by UNESCO as Intangible Cultural Heritage (ICH), or living culture. They state that cultural heritage is not only expressed through buildings and artefacts, but also communicated through language, music, dance, storytelling, festivals and rituals. Krakelingen ‘yields a strong sense of continuity and historical awareness for its participants, evoking historical events and legends passed on from generation to generation.’