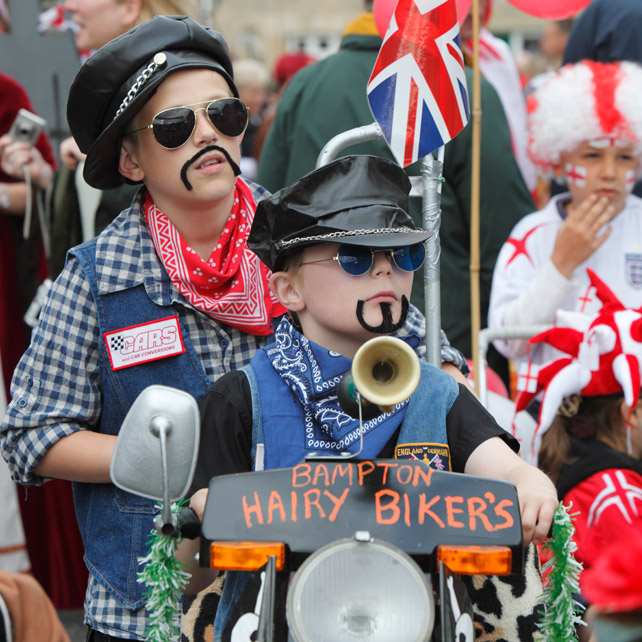 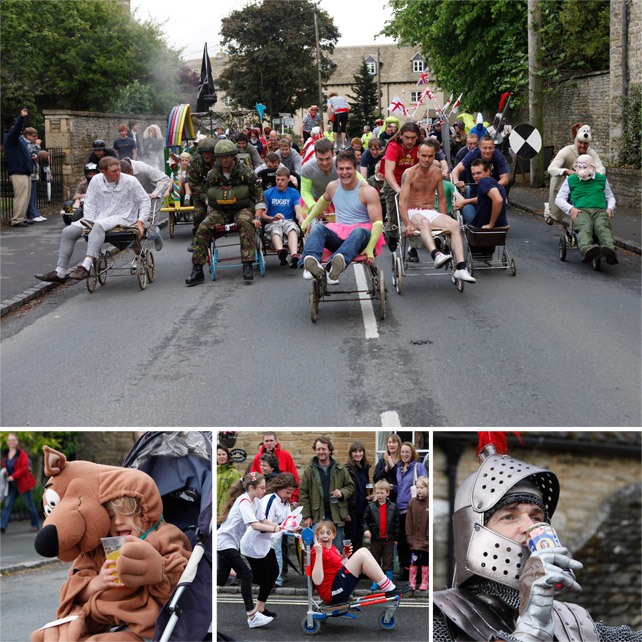 There’s more to the Whitsun bank holiday weekend than wool sack racing and cheese rolling (especially as the latter was cancelled this year). The Great Shirt Race, so called because it used to be run in nightshirts, has been held since 1953 as part of the Coronation Celebrations in Bampton, Oxfordshire. The race is a circuit around the village with teams of two pushing each other in some sort of pram like vehicle. The competitors stop at each pub along the course where the runner grabs a drink, downs it, then swaps with the rider. Repeating the process at all 6 stops. In theory, all the drink should be finished before continuing, but in reality it’s complete and utter chaos, and very little is drunk, (a waste of good quality beer in the adults case.) Prizes are awarded for first and second place, and for the best fancy dress in each age group. Go go Gromit!