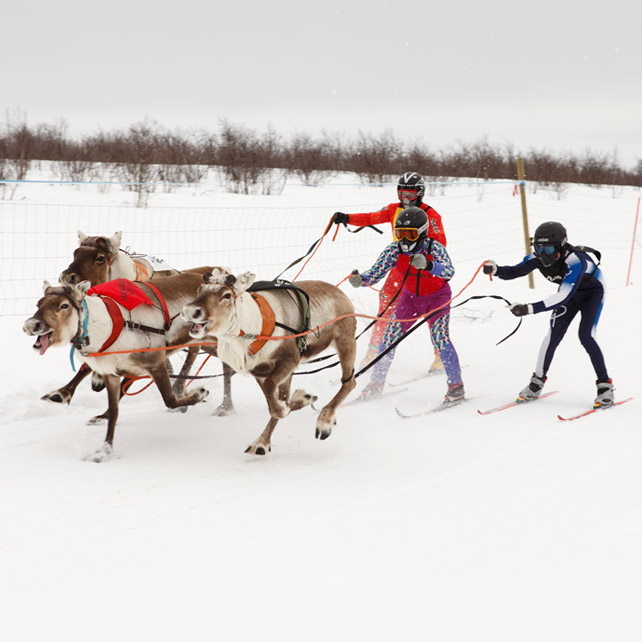 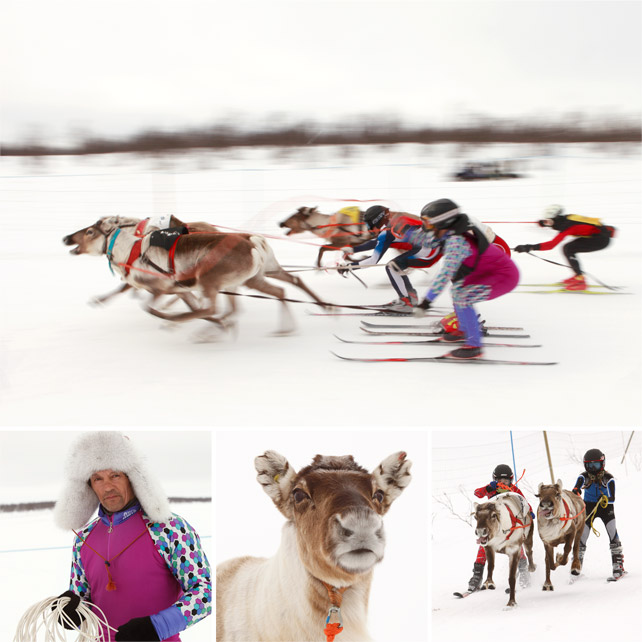 The remote town of Kautokeino, north of the Arctic Circle in Norway played host to the last of 7 cup races held throughout the winter season in SÃ¡pmi (the cultural region traditionally inhabited by the SÃ¡mi people in N. Norway, Sweden, Finland and Russia) on Easter Sunday, during the SÃ¡mi Easter festival celebrations.

So, the form for the adult races: 4 heats with 4 competitors in each heat. The winner of each heat going through to the ‘A Final’, while the runners-up go through to the ‘B Final’. Comparatively speaking reindeer racing is pretty similar to horse racing, there are owners and drivers. The owners train their reindeer from the end of Autumn in order to build up their strength. All the drivers are typically small, having to weigh 65 kilos for the race (some with the help of weights strapped to their ankles.)

Once the reindeer are harnessed up and ready to go in the starting pens, the drivers, who are waiting at their side, are passed the reigns, the doors slam open and they are off at great speed on a 1km long course around a frozen lake, quite surprisingly, with very few crashes along the way. I didn’t see any betting taking place, and unfortunately the tourist class was canceled due to poor weather, so I couldn’t test my skill as a reindeer driver, but it was an incredible, though very cold day of racing. Infact, the ice was so hard the ground was described as ‘fast’, and the eventual winner was less than one tenth of a second off the world record time. Go Go Rudolph.