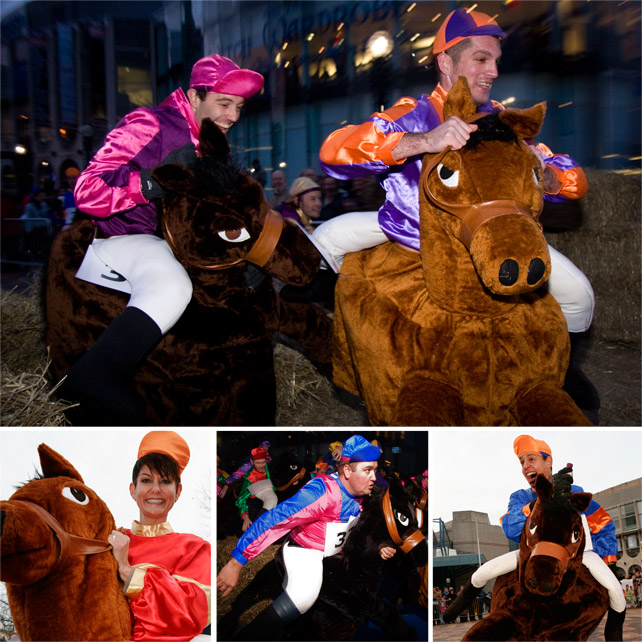 Over 40 competitors took part in a parody of the traditional Aintree Grand National race on Sunday afternoon in Birmingham’s Centenary Square. To kick off the event, jockeys took part in a pre-race parade to show off their steeds, with names such as ‘Neigh’ Chance’ ‘Good for Glue (but not a lot else)’ and ‘Why the Long Face’, to spectators and anyone inclined to take a flutter. Once the bets were placed it was time for the two races – one for fillies (girls) and the other for colts (boys). Both around the same grueling 12-jump obstacle course, all of which slight adaptions on a lot of straw bales piled up on top of each other, much like the pile up of fallen pantomime horses at the first. Happily there were no casualties and all made the distance, eventually.