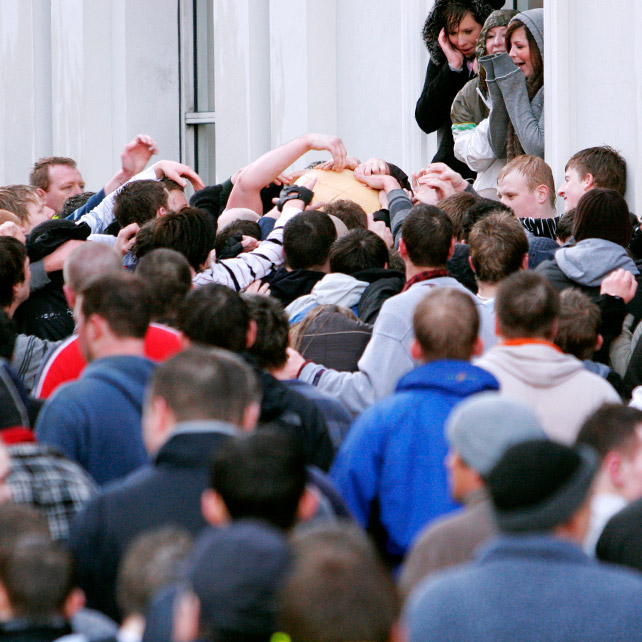 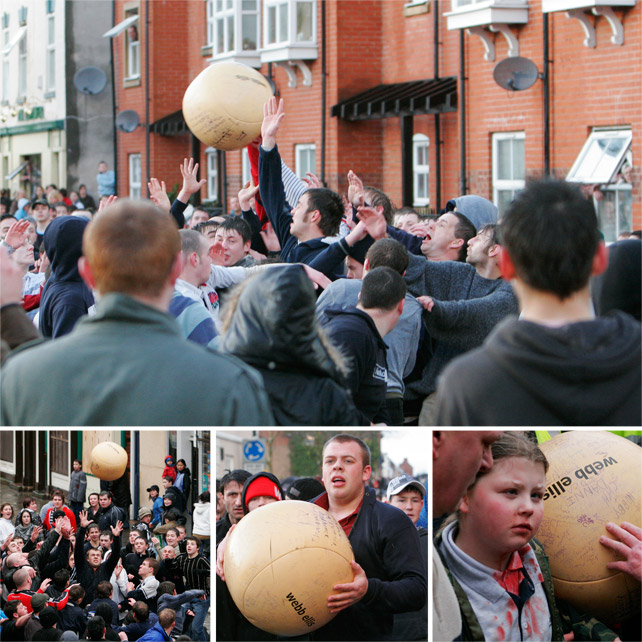 In Atherstone, Shrove Tuesday can mean only one thing. No, not pancakes, but ‘Football’. There doesn’t seem to be much purpose to it, as there are no teams and no goals, but that doesn’t seem to matter. Shop windows are boarded up and traffic is diverted on the afternoon whilst the game, in which hundreds of people take part, progresses along the town’s main streets.

It’s a complete free-for-all with everyone just trying to take possession of the ball. The match starts at 3pm when it’s thrown from the window of Barclays Bank and continues until 5pm. While the stewards ensure that the ball keeps moving throughout most of the game, in the last half hour the ball may be deflated or hidden. So, whoever is able to hang onto the ball, or rather secure it in a shop doorway, until the end of the game not only wins the game and all the glory and beer that brings, but is allowed to keep the ball as well.

Held annually since the early 12th Century, this traditional Shrove Tuesday â€˜ball game’ is one of Atherstone’s claims to fame. It certainly makes far more of an impact than a few ladies flippin’ pancakes!