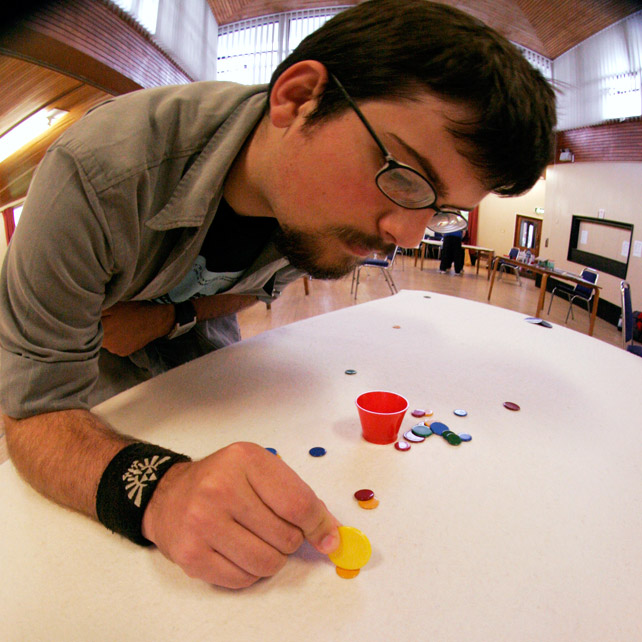 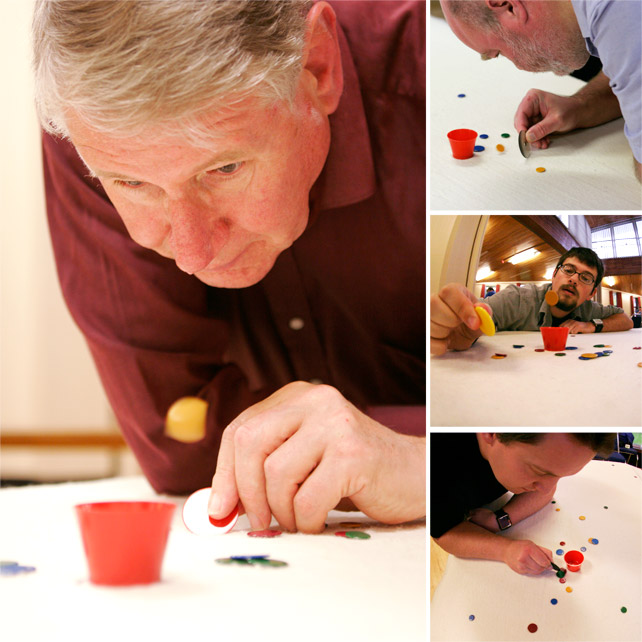 There were tense times on Sunday as players concentrated on making the right move during the National Singles Tiddlywinks tournament held at Selwyn Diamond, in Cambridge.

Patrick Barrie, the chairman of the English Tiddlywinks Association explains that there’s much more to tiddlywinks than just flicking counters into a cup. ‘It is in fact a complex game of strategy and tactics, which involves a fascinating mixture of manual dexterity and intellectual activity. It’s a bit like chess, but on an infinitely squared board, and you have the added difficulty of actually playing a piece to where you want it to go.’

It’s a game that’s taken seriously of course, but as I discovered, great fun as well. Just don’t ask me what any of those moves are, I thought lunch was time to go and have a pie and pint, whilst it is infact a move to pot a squopped wink. A squopped wink?.. where’s that pint?