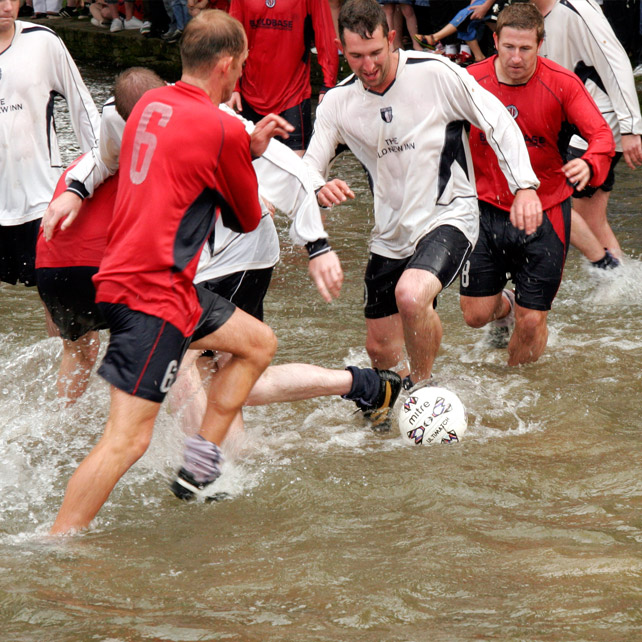 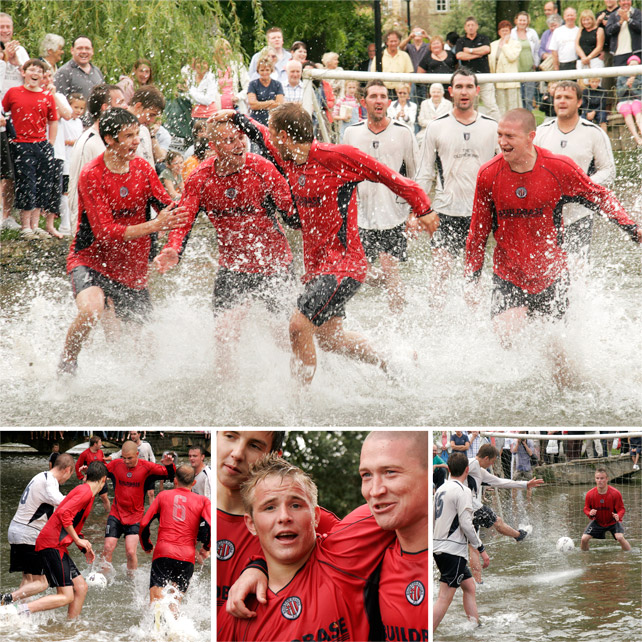 Bourton Rovers 1st and 2nd team players sloshed through their wettest match of the season on Monday as mayhem broke out at the annual Football in the River event at Bourton-on-the-Water. Far more entertaining than football as you know it, this is six-a-side with 15 minutes in each direction played knee deep in a bubbling brook. It was a footie free-for-all as the players ducked and dived, with screams and shrieks coming from the spectators on the river bank and bridges as the players gave them a good soaking in the process. The reds clinched the game 2-1 but it wasn’t really the score that counted, the traditional contest has been held for more than a century and nets a huge amount of cash for the village club.

Brilliant. Why can’t all football be that much fun?