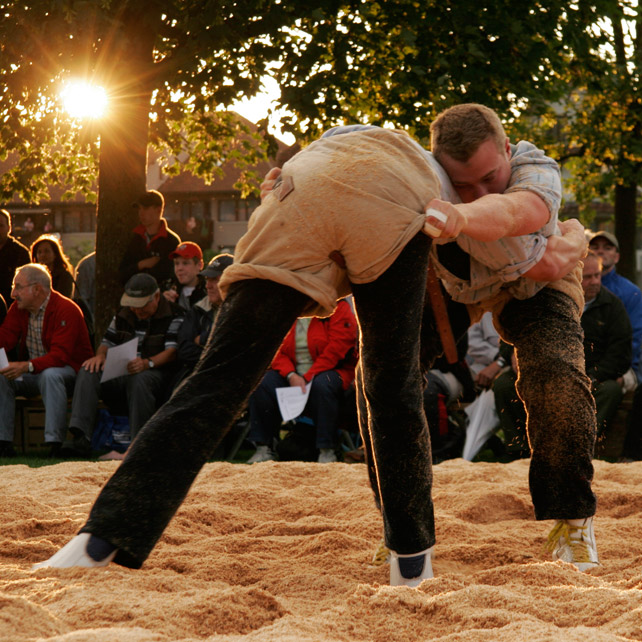 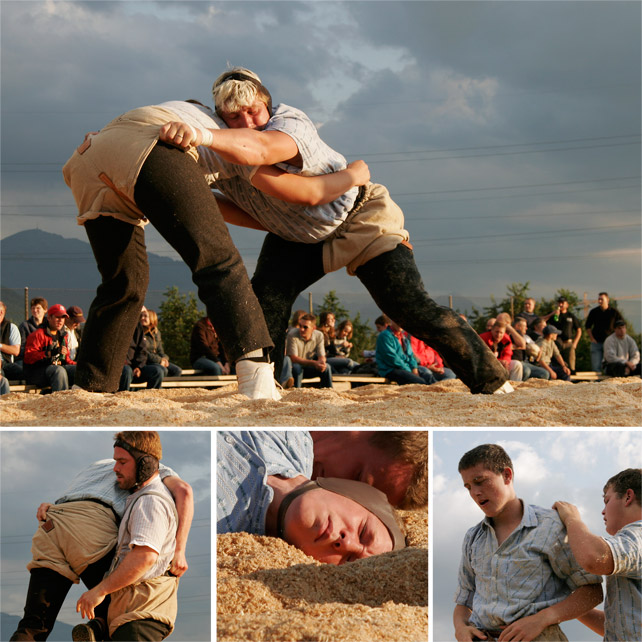 Schwingen is a Swiss variant of wrestling, and a Swiss national sport.

The fight takes place on the ring, a circular area with a diameter of 12 meters that is covered with sawdust. The two opponents wear short pants made of jute over their clothes. Holding each other at these pants the fighters try to throw each other onto their backs. A fight is won when the winner holds the opponent’s pants with at least one hand and both the opponent’s shoulders touch the ground. By tradition the winner brushes the saw dust off the loser’s back after the fight.

Judged by three referees, one of which stands in the ring, they give points, with a maximum of ten points for a winning throw. If the fight ends without a clear win, the more active fighter is awarded the higher number of points. Every Schwinger fights six opponents and the two Schwinger with the highest number of points after five fights get to the last round.