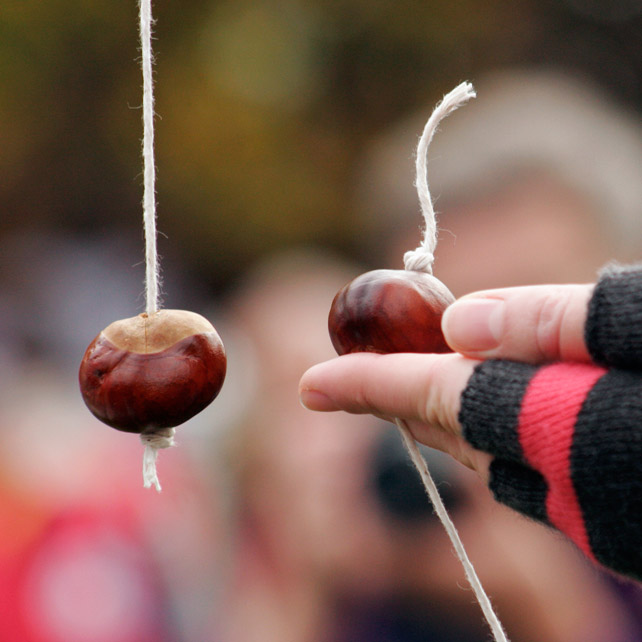 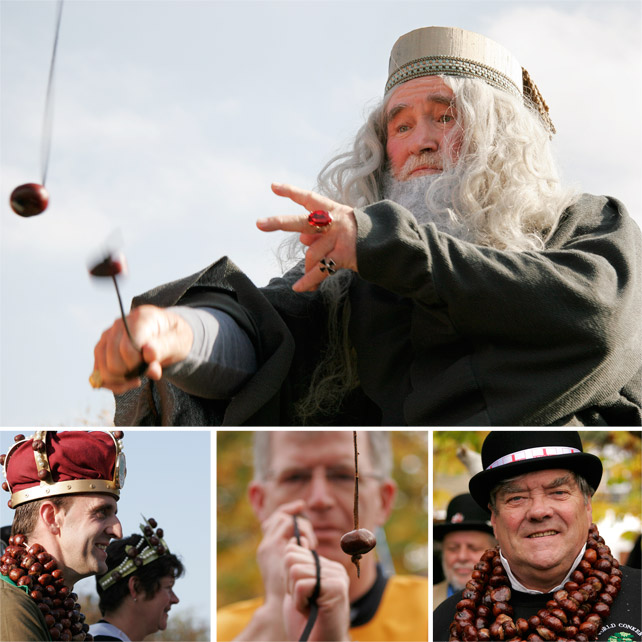 Around 400 competitors gathered to have a crack at each other’s nuts on Sunday at the World Conker Championships in Ashton, Peterborough. Perhaps someone had cast a spell over the French this weekend? Adding insult to injury after the rugby defeat, Ady Hurrell was crowned the King of Conkers by defeating runner-up John Ingram, who led the French team!

The rules are simple. Each player is given a “Competition-standard” conker attached to a piece of lace and takes turns in trying to break their opponent’s nut using a swinging motion.

The world tournament came about after a group of local friends had to cancel their annual fishing trip one year. While in the bar, they saw conkers falling onto the village green and went out and had a game. Since 1965, the championships have raised over £300,000 to help various charities for the blind.