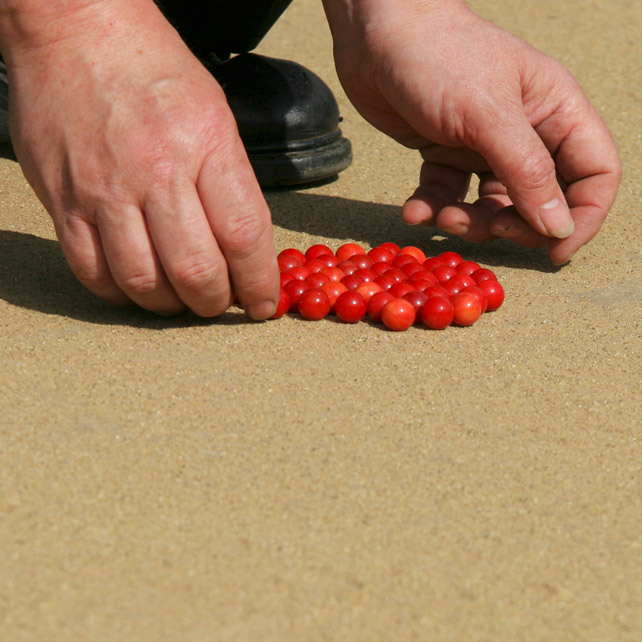 I went to watch the World Marbles Championships in Tinsley Green on Good Friday, probably the nicest day of the year so far. A wonderful tournament incorporating a team who have played for over 50 years alongside new teams entered for the first time, and players including men, women and children, aged from 8 to 80 all on a level playing field.

Marbles has been played at Tinsley Green for hundreds of years, some say since 1588 when two local lads played for the hand of a young lady. After being judged equal in all the major sports of the time such as archery, falconry and wrestling, one of them came up with the game of marbles. As an odd number of marbles are used in the game one of them had to be the winner. The World Marbles Championships date back to the 1930’s. Some 20 teams from around the world take part including Canada, the USA and Germany. The game is played in a 6 foot diameter ring which is dusted with fine sand and set up in the Greyhound pub car park. There are six players in each team and the winner is the first team to knock 25 of the 49 marbles out of the ring.

It was a long hot and thirsty day, and it seemed to me the battles were won and lost in the bar. Those who failed to pace themselves found it a little difficult to knuckle down and take their shot by the semi-finals. With the reigning German team taking the title again, perhaps we should stick to drinking tea!